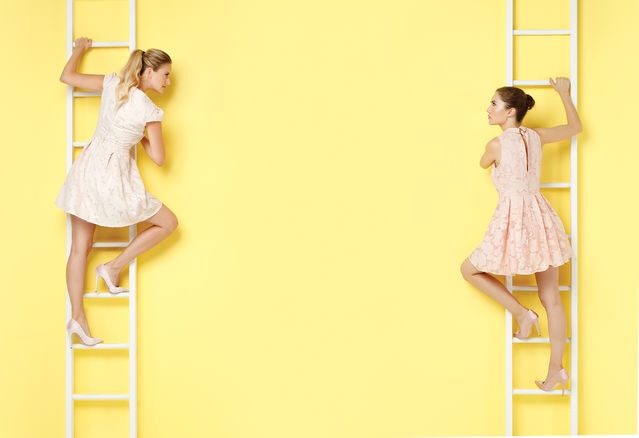 Peter’s a bit like you and me. Ok, maybe a lot like you and me, at least when it comes to personal comparisons with his peers or co-workers. He’s just received some shocking insights from Christ about where his life is headed and the struggles he’s going to face and he responds by asking, “But, what about him?” Now, maybe that’s not you, but it sounds just like me. I suspect it sounds a lot like you, too. We find comfort in shared pain and experiences.

Peter wants to know what’s going to happen to John. In essence he says, “well, if that’s happening to me, what’s going to happen to him?” There’s little doubt that Peter is referencing how he is going to die. Apparently a rumor had sprung up in the early church that Jesus had said John would never die. John addresses that misunderstanding and corrects them by pointing out what Jesus actually said, “Jesus didn’t say he would not die, but, if it is my will that he remain until I come, what is that to you.” And that’s really the main point in this story. It doesn’t matter what God has planned for someone else’s life, you must faithfully follow Him.

Comparisons are really just our attempts at addressing a perceived unfairness. We tend to look at the challenges and struggles of our own lives through a lens of comparison with our peers, often with the intent of accusing God of putting an unfair burden upon us. Isn’t that what the question, “Why me?”, is all about. What we are really saying is, “why me instead of them?” or “it isn’t fair that you’ve placed this additional struggle in my life when you’ve not put as many struggles in their life!”

In fact, our comparison tendencies are not just about what struggles or burdens we’re facing, but also about blessings we believe God has withheld. Then the question becomes, “Why not me?” Did you know Jesus addressed that question? What I want to do today is show you how Jesus teaches us to abandon our constant comparisons with one another and how to address the anxiety our struggles or personal circumstances might cause in us. Let’s start with by addressing that question, “why not me?”

“”You have heard that it was said, ‘You shall love your neighbor and hate your enemy.’ But I say to you, Love your enemies and pray for those who persecute you, so that you may be sons of your Father who is in heaven. For he [the Father] makes his sun rise on the evil and on the good, and sends rain on the just and on the unjust.” (Matthew 5:43-45 ESV)

The underlying false concept or mistaken theology that Jesus is addressing in this passage is God only showing favor on those He loves and withholding favor from those He hates or despises.

First, Jesus commands us to love our enemies and pray for those who persecute us. Following Jesus isn’t easy. It was never meant to be. There’s a reason Jesus refers to following Him as going down a rough narrow path or through a narrow gate. “For the gate is narrow and the way is hard that leads to life, and those who find it are few.” (Matthew 7:14 ESV) We don’t pursue the path that leads to life without changing direction in our lives. The natural tendency of our broken lives is to pursue what gives us pleasure and satisfies our selfish appetites and desires. To pursue life we must change direction and intentionally choose a different path.

But notice He also adds, “so that you may be sons of your Father in heaven.” He tells us where our true comparisons should lie. This also comes out in His comments to Peter, “you follow me.” While the mantra of our modern culture and post-Christian era is “don’t judge me,” what they really mean is “don’t criticize me or my life choices based on your life choices.” In other words, you’re just as screwed up as I am so stop making judgments about me and my choices. But Jesus clearly points out that our comparisons should not be with one another but with God. Wait, what? Yep. “So that you may be sons of your Father.”

I used to think that I didn’t really look much like my dad. My physical features like hair color and eye color were more like my mother. I had blonde hair and blue eyes like mom and not like dad’s dark hair and brown eyes. Now, what little hair I have has turned gray and my wife tells me that my eye color is dependent on my mood and my clothing choices. She says my eye color ranges from blue to gray and even hazel. But regardless of those things, I’ve noticed how much I look and act like my dad. I now look in the mirror each morning and I see my dad staring back at me. It’s hard to hide your heritage. DNA doesn’t lie. 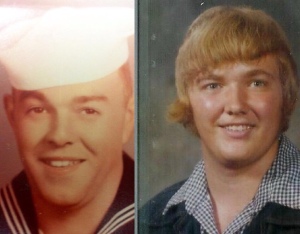 The same is true of our spiritual heritage. When we become children of God (see John 1:9-13) we begin to be transformed from the inside out. These first changes are internal and harder to see, but they are occurring. As these first internal changes begin to grow and develop they do result in outward physical changes. When we begin to think and believe differently we will begin to act and look differently. And therein lies the root and truth of Jesus statement in Matthew 5, “that you may be sons of your Father in heaven.” You should resemble (look and act like) your Heavenly Father.

Now, you might be wondering what happened to our comparison discussion? Jesus points out in this Matthew 5 passage that God doesn’t reserve blessings for just those who love and follow Him. He specifically states that God makes the rain fall and the sun shine on both those who are just and those who are unjust or we would say, those who deserve it and those who don’t. And… That’s really my point. We compare ourselves to one another when we ought to be comparing ourselves to God. When we compare ourselves to God our perspective changes. You aren’t the standard by which my life and actions are judged, He IS! Im not the standard by which your life and actions are judged, He IS! By the way, our culture or cultural standard isn’t the measure by which our lives will be judged, either. Jesus is that standard. We often misunderstand that, so you might need to go back and read that, again.

That’s precisely what Jesus is telling Peter. “Peter, don’t worry about John and what I’m doing in his life. Stay focused on me and what I want for your life. You follow me” That’s precisely what Jesus is telling us, too, and that’s hard to accept, at times. We may find our lives taking a turn towards hardship or struggle and we begin to question God’s favor, blessings, nearness and love. The cry may come out as, “why me?”, but the question really hinges on perceived fairness or comparison. Why is this happening to me when I’ve done nothing to deserve this? Why does he (or she) always seem to be blessed while I always seem to get the struggles and pain?

To be honest, we’re blessed that we don’t GET what we deserve. God makes the rain to fall and the sun to shine on those who are good and those who are bad. God does this not because we deserve any blessings (rain or sunshine) but because it’s who He is. God is Love. God doesn’t just love the lovely, He loves sinners. Personally, I’m very thankful God loves like that. Why? Because I’m a sinner in need of God’s grace. Aren’t you?

So, the next question that usually comes up in a discussion about life struggles and pain is whether this is God’s will or not. Let me begin by stating that ALL of life’s struggles are ultimately caused by sin, but your specific struggles are not necessarily the result of your specific sin. Now, don’t misunderstand me. We do “reap what we sow” and we will eventually be held accountable for our sin, but not everything bad that happens to you is directly caused by a specific sin. In other words, you didn’t get cancer (or some other illness) because you hate the guy who bullied you in elementary school. You contracted cancer because our bodies are now subjected to disease and deterioration because sin pervades our existence and has broken God’s perfect creation.

I believe in God’s absolute sovereignty, but I also believe in God’s permissive will. Let me illustrate this difficult concept. God’s absolute sovereignty decreed that man was guilty of personal sin and worthy of death, but He also decreed that Jesus would die as a substitutionary sacrifice for the sin of mankind. But, God’s permissive will allowed me and you to choose obedience or disobedience to God’s law and rejection or acceptance of Jesus’ substitutionary atonement for our sin. If that’s confusing, let me pose the idea as a question for you to ponder…

Can anything happen outside of God’s absolute, sovereign will?

I suspect most of us want to respond, absolutely not! God is sovereign. But, is sin a part of God’s will? Isn’t sin, by definition, a rebellion against God’s will? When Adam and Eve chose to eat of the tree of the knowledge of good and evil, didn’t they rebel against God’s will? Don’t we make similar choices every day?

Why all this discussion about sovereignty and sin, will and choice? Because of the very issue at hand. Is Peter’s destiny, his hardship, his struggles and, ultimately, his painful and humiliating death a part of God’s will? Isn’t that really the question we want answered because it might answer the questions we have about our life struggles? Is this God’s will and did He cause it? Those are very different questions… and the answer is yes, and no. Still confused? Paul actually gives us tremendous insight into those questions and God’s answers:

Does God cause our pain and struggles? No, sin caused pain, life struggles and death to be introduced into God’s perfect creation, and it continues to cause our pain and struggles. But, God redeems it and uses it among those who love Him. Redeems it? Uses it? How? To shape us into Christ’s image or, to put it another way, to develop our Christ-like character. Really, he uses it to make us look like Him, our Heavenly Father, and that brings me to my final point…

In addition to my work as a pastor, I also work a full time job as a technology director for a small, private Christian university. I’ve recently faced some challenges at work. My role has taken a turn. Even though my title and tasks haven’t changed, my influence and input among certain groups has been dropped and replaced by someone else’s. Honestly, I’ve struggled with these changes and I personally viewed it as a rejection of my knowledge, experience and skill. I’ve asked Peter’s question, and received Peter’s response. “Lord, what about… Don’t concern yourself with what I’m doing there, you follow me!”

3 thoughts on “What Is That To You? You Follow Me!”