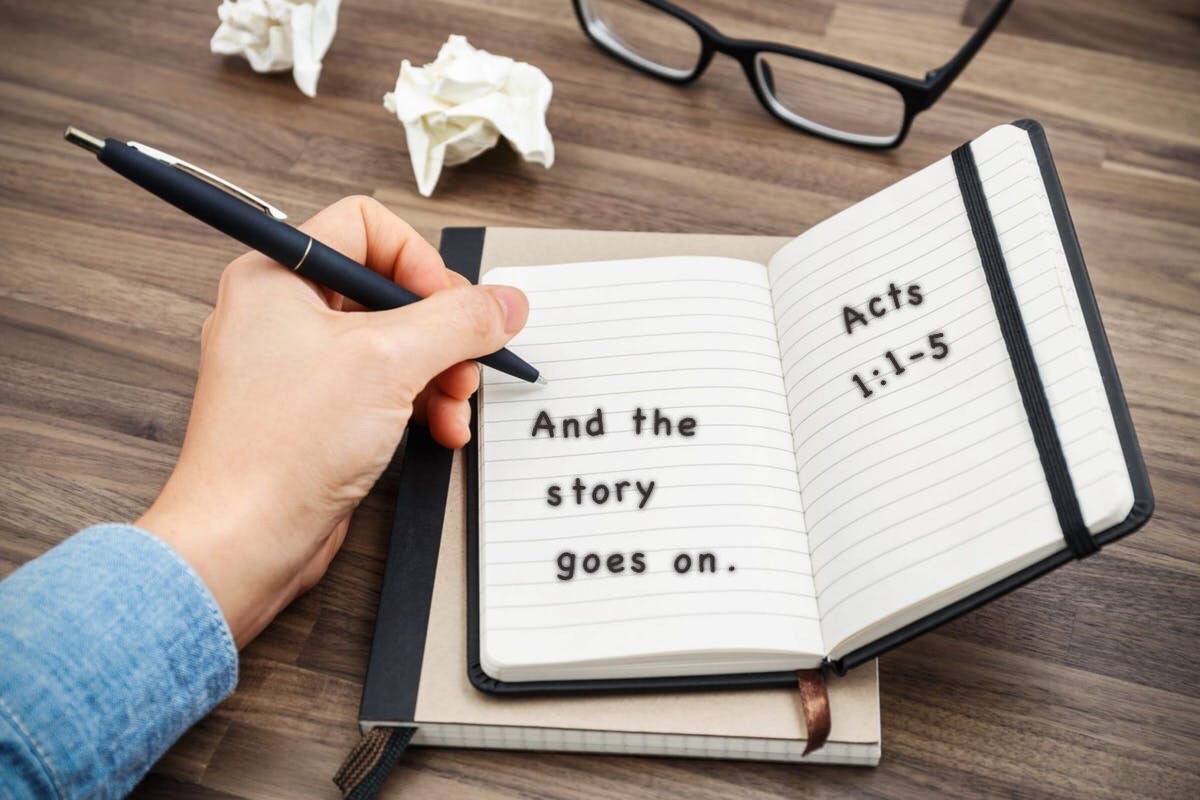 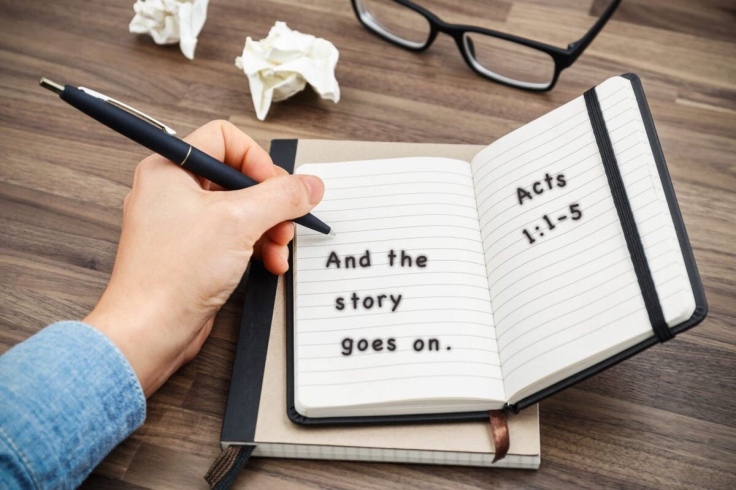 In the first book, O Theophilus, I have dealt with all that Jesus began to do and teach, until the day when he was taken up, after he had given commands through the Holy Spirit to the apostles whom he had chosen. He presented himself alive to them after his suffering by many proofs, appearing to them during forty days and speaking about the kingdom of God. And while staying with them he ordered them not to depart from Jerusalem, but to wait for the promise of the Father, which, he said, “you heard from me; for John baptized with water, but you will be baptized with the Holy Spirit not many days from now.” (Acts 1:1-5 ESV)

Over the past two years, we’ve worked our way through the Gospel of John and we’ve heard the incredible things that Jesus taught and seen the amazing miracles he has performed. Luke, the author of Acts, tells us in his introduction that was also the intent of the “first” volume he wrote to Theophilus, the Gospel of Luke. Luke wrote to teach Theophilus the very truths that he, Luke, had also been taught. This is his personal record of those things he has been taught and has personally experienced. But Luke makes a very distinct and important notation between his first book and this continuation, the first book was about “all that Jesus BEGAN to do and teach, until the day He was taken up.”

Luke’s record in his Gospel story is the story of what Jesus did while He was physically present with the Apostles. His second book, Acts, is the continuation of that story. One quick observation about the ending of Acts… it doesn’t seem to have an ending. When I write I try to draw my thoughts and comments to a conclusion and draw you into a decision or a course of action. Luke doesn’t seem to end this story (go check out Acts 28:23-31 here) and I think that might be intentional… the very work that Jesus “began” is not yet complete. He’s still working. Working through the Church to this very day…

Luke says that Jesus began a work, but that work has now been passed to the Apostles. Jesus had made a statement in John 14:12 that those who believed in Him would do what He did and even greater works than He had done…

“”Truly, truly, I say to you, whoever believes in me will also do the works that I do; and greater works than these will he do, because I am going to the Father.” (John 14:12 ESV)

“Greater works…” but how? There are three things in this passage that Jesus tells us He has specifically given to enable us to continue His work. Let’s take a look…

First, He has given a COMMAND to His disciples. A command, when given by someone in authority, includes two very important factors: activation and authorization. A command states what you’ve been activated or commanded to do and includes the authority of the one issuing the command. In the military, when you are given “orders” then you’ve been told what’s expected of you (where to go and what to do) and you’re then authorized and empowered to carry out those orders. The Acts of the Apostles is the record of these men and women who’ve been given a command and their efforts at carrying out those orders. But don’t miss this… the Apostles weren’t doing whatever they wanted, they were under command. They had commands or orders from Christ to follow Him, and so do we.

If we want to know and experience the power of God in our lives then we must abandon ourselves to His control and command. He is not only our source of life, but also our direction and power. We’re like the gentleman who’s lost his way but is too proud to stop and ask for directions. Jesus said, “Follow Me,” but we look around and wonder where he’s gone. Do you think he wandered off or did we? If there’s a lack of spiritual authority or power in the church today it is because we’ve abandoned our post. We’re trying to do life and church our way (or even the world’s way) and we’re not acting under His authority, powerless. We need to pay attention to our spiritual GPS (God’s Perfect Son) and get back on course.

The resurrection can do the same in us and for us. Once we become convinced of the truth of Christ’s resurrection then we are released from our fears and emboldened through love to absolute obedience. Peter had been paralyzed by his fear when he stood in the High Priest’s courtyard, but we are about to witness a transformation in him that defies any other explanation except the power of God. That same transformation and boldness is available to us when we become convinced of these proofs and yield ourselves to the Holy Spirit’s authority. As Paul said, “What then shall we say to these things? If God is for us, who can be against us?” (Romans 8:31 ESV)

Finally, Jesus gave the PROMISE of His ongoing presence through the Holy Spirit. Many will try and make the term “baptized” mean something beyond its context, but it really just means to be completely immersed or covered by something. In this instance, it means to be completely covered by, soaked with, drenched and dripping with God’s Spirit. Peter had been paralyzed by fear but he would soon receive power through the presence of the Holy Spirit.

We often try and make this “baptism in the Spirit” about an experience or expression like the Apostles on Pentecost. But scripture tells us that the real purpose of the Holy Spirit is to guide, teach, and transform us. He will work in us to kill the deeds and desires of the flesh and to plant and grow the fruits of the Spirit. (See Jn 15:26, 16:13-14; Ps 143:10; Rom. 8; Gal. 5:16-26 for example) When we seek an experience, we have not put to death the deeds and desires of the flesh. The Holy Spirit has NOT come to glorify us, but to glorify and honor Christ.

Those who are most filled with the Spirit of God are not those who shine brightest in our world but are those who are humble, meek, obedient and servants. Those most drenched in the Holy Spirit’s power are not those in the spotlight of fame or fortune but those in background who are praying, working, giving and caring for others. To truly experience His power you must abandon your search for an experience or for power and simply seek His awesome presence and your humble obedience. You will never find the Spirit by seeking the Spirit but you will find the Spirit by losing yourself in selfless abandon and obedience to God’s will.

When you’re finally at the end of your road and you realize that everything you’ve tried has simply led you further away from God’s purpose and presence, then you’ll sense His Spirit nudging you to step off the path you’re on and to try an almost unnoticed, overgrown and rough path that leads away from the crowds. Take a chance, follow His prodding and, in the process, find God’s presence and find yourself. 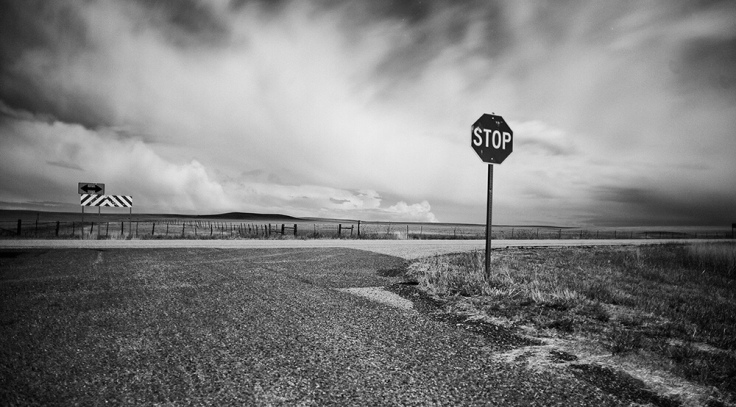 One thought on “And the story goes on…”