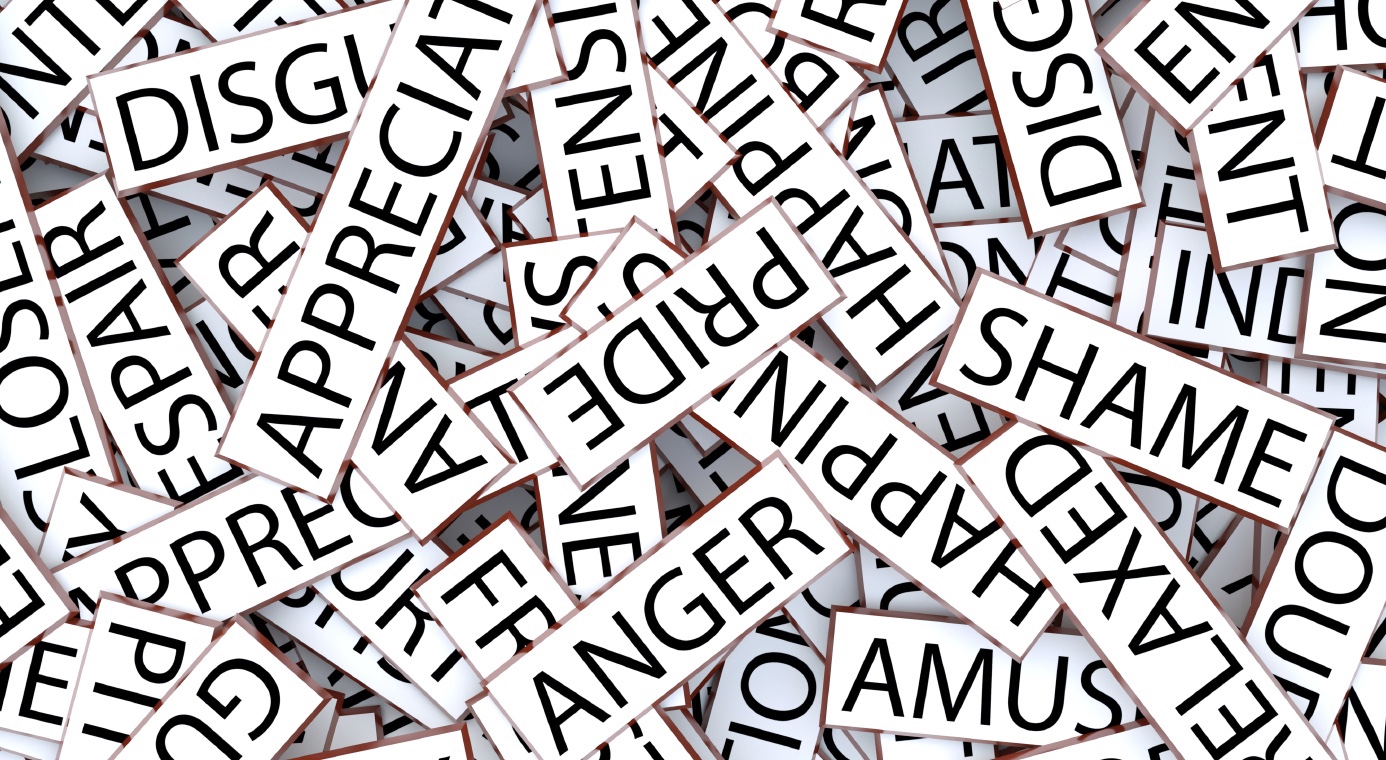 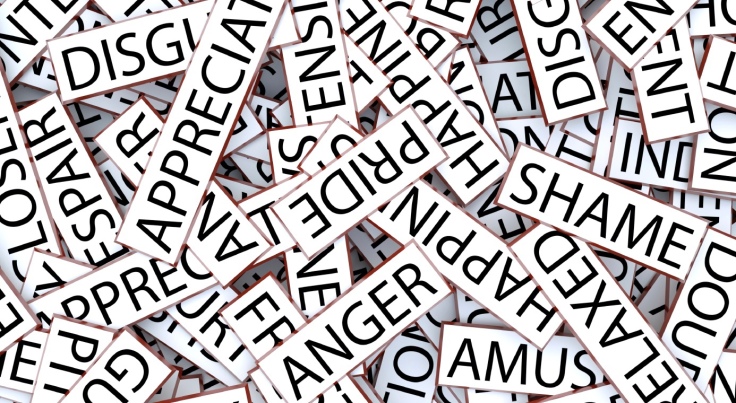 “After I came back to Jerusalem and was praying in the temple complex, I went into a visionary state and saw Him telling me, ‘Hurry and get out of Jerusalem quickly, because they will not accept your testimony about Me! ’ “But I said, ‘Lord, they know that in synagogue after synagogue I had those who believed in You imprisoned and beaten. And when the blood of Your witness Stephen was being shed, I was standing by and approving, and I guarded the clothes of those who killed him.’ “Then He said to me, ‘Go, because I will send you far away to the Gentiles.’ ” They listened to him up to this word. Then they raised their voices, shouting, “Wipe this person off the earth — it’s a disgrace for him to live! ” As they were yelling and flinging aside their robes and throwing dust into the air, the commander ordered him to be brought into the barracks, directing that he be examined with the scourge, so he could discover the reason they were shouting against him like this. As they stretched him out for the lash, Paul said to the centurion standing by, “Is it legal for you to scourge a man who is a Roman citizen and is uncondemned? ” When the centurion heard this, he went and reported to the commander, saying, “What are you going to do? For this man is a Roman citizen.” The commander came and said to him, “Tell me — are you a Roman citizen? ” “Yes,” he said. The commander replied, “I bought this citizenship for a large amount of money.” “But I was born a citizen,” Paul said. Therefore, those who were about to examine him withdrew from him at once. The commander too was alarmed when he realized Paul was a Roman citizen and he had bound him.” (Acts 22:17-29 HCSB)

I want to start this week with Paul’s statement regarding the authority and source of his actions. He is being challenged by the Jewish religious authorities regarding his words and actions and as defense for his actions he presents the story of his eyewitness encounter with Jesus, the resurrected Lord. It is important to understand that Paul is NOT establishing his authority to act simply because of his religious encounter and subsequent spiritual experiences and feelings, he states emphatically that he is acting at the direct command of Jesus. In other words, Paul is not acting out of some perceived spiritual experience and personal feelings, but is acting in direct response to the commands of Christ. His feelings are not driving him, Christ’s commands are driving him.

Feelings… the Oxford dictionary defines them as “an emotional state or reaction.” Our culture defines them as the authoritative source and impetus for our actions. “Just do what you feel.” However, scripture says that our feelings, emotions and desires are also corrupted by sin. In other words, they can, and often do, lead us astray. This is clearly seen in today’s focal passage. The Jewish leadership and their followers respond to Paul’s comments based on their feelings and not based on the clear commands of God. Now, you might stop and question that statement regarding the “clear commands of God,” but if the story and teachings of Jesus are true then Paul’s obedience and actions have been God’s plan from the beginning and the Jewish leaders are responding to God based on their emotions and feelings and not His commands. Are you following God’s commands or your feelings?

Our focal passage begins with Jesus’ warning to Paul regarding the Jew’s reaction to his testimony regarding Christ. Paul is instructed to “get out of town, quickly” because their reaction will be violent. This seems somewhat ironic given the situation in which he finds himself. However, timing is critical in scripture…

“But when the right time came, God sent his Son, born of a woman, subject to the law.” (Galatians 4:4 NLT)

“For while we were still helpless, at the appointed moment, Christ died for the ungodly.” (Romans 5:6 HCSB)

Some may respond to my observations regarding Paul’s actions being based on God’s commands by pointing out that Paul is responding to a spiritual experience (a visionary state) while in the Temple. However, Paul’s spiritual experience must be measured against the authority and teachings of scripture. Are the experiences and subsequent actions, that Paul claims are driven by the commands of Christ, consistent with the commands and revealed will of God as seen in scripture? In other words, is the revelation of God in the New Testament consistent with the teachings and revelation of God in the Old Testament? Is Paul’s understanding of God’s will consistent with the Old Testament revelation or is it revolutionary?

Some modern believers, teachers and preachers suggest that the Old Testament is “out of step” with a modern view, understanding and our knowledge of God. In essence, that claim implies that God has changed, has morphed or is morphing, or was simply wrong in what He originally said and taught and is correcting Himself and taking a different direction in the New Testament and teachings of Jesus. I’d suggest that if this WERE true then “that” kind of God is not infallible, trustworthy, or reliable and is unworthy of our worship and adoration. Some attempt to rectify this imbalance by re-interpreting the Old Testament to fit their understanding or simply dismissing its relevance and importance to their modern faith. However, consider this…

Are we ever wrong in our understanding of scripture? Sure, we are fallible, feeble and selfish in our interpretation and understanding of scripture. That’s precisely what happened to the Jews. They received the promises of God and when they weren’t fulfilled in the timing or manner that matched their expectations then they began to “interpret” them differently. We often do the same. When scripture speaks in ways that are contrary to our desires then we tend to twist scripture instead of changing our desires. When scripture places demands upon us that are hard and require us to act in ways that are selfless and sacrificial then we tend to tone down, make false assumptions, re-interpret, or just ignore its demands.

For example, when Jesus said “if you hand causes you to sin, cut it off” (see Matt. 18:8-9) we want to tone down His strong, outrageous, offensive language. We take hard claims like this and try and make them more palatable to our modern sensibilities. Surely Jesus didn’t mean that LITERALLY, right? That’s just hyperbole, isn’t it? Well, I would agree that Jesus does use hyperbole in that statement but He does so for a specific reason. Hyperbole is used to draw your attention to the underlying statement or issue. His point? SIN is serious business and should never be treated lightly. In fact, SIN is so serious, you would be better off cutting off your hand than to treat sin so nonchalantly. What is our modern attitude towards sin? Ah, its no big deal. Sin? What sin? I’m just doing what’s best for me or what feels right. The Bible says what? That’s SO old-fashioned. Come on, get with it.

Next, when Paul states that a part of God’s will, as expressed in Christ’s command to Paul, was to go to the Gentiles with this message then the crowd erupts with an angry response. I want you to catch their specific words: “Wipe this person off the earth — it’s a disgrace for him to live!” Words full of venom, hatred, and fear. They had calmed down and quietly listened to Paul’s defense, up to this point, but then they react violently at these last words – “I am sending you to the Gentiles.” Their reaction is not a reaction to the claims of Christ’s deity but to the extent or reach of God’s grace. Is this really the part of the gospel that is so radical and revolutionary? It appears so. I believe it is. Once we come face-to-face with our own fallibility, our own weakness and sin then we are more open to the truth of God’s grace – for ourselves – but I think we often continue to struggle with the pouring out of God’s grace on others – especially those we hate, fear or despise. We might recognize that we NEED God’s grace, but we don’t think they DESERVE it.

Do you see the irony in that statement? Nobody deserves grace, but we all desperately need it. Who in your life needs grace but you are reluctant to give it to them because they don’t deserve it? Who do you know that needs God’s grace but you are reluctant to tell them about it because you feel they don’t deserve it? We often think it is the religious folks who will be most open to the gospel, and we are generally wrong. Jesus found that the religious folks rejected His word but the hurting, the outcast, the sinners that were despised by the religious folks were desperate and hungry for the Good News. They ate it up. They were transformed by it and became the core group of Jesus’ disciples.

We must be willing to see beyond our racial, social and religious prejudice and “see the crowd.” When Jesus looked on the crowd He had compassion on them (see Matt. 9:36). He saw their fears, their struggles, their hurts, their hunger and He saw their need, their desperate need for God’s love and grace. He also saw the cross – His cross – and He knew that was the price of compassion, the price for caring about them, the price of divine love. We must also see the crowd and have compassion on them – compassion that embraces the cost, embraces the cross. I’m not talking about our government’s response to the crowd, I’m talking about OUR response to the crowd. Our response ought – no, MUST be full of God’s grace and love.

“For with the judgment you use, you will be judged, and with the measure you use, it will be measured to you.” (Matthew 7:2 HCSB)

“Speak and act as those who will be judged by the law of freedom. For judgment is without mercy to the one who hasn’t shown mercy. Mercy triumphs over judgment.” (James 2:12-13 HCSB)

Finally, I want to close with a brief look at the cost of Paul’s obedience. Paul has heard the command of Christ and he has chosen obedience to the command of Christ. I want you to see where his obedience places him – in the midst of conflict, beaten, arrested, and now about to encounter a Roman scourge. While we are not privy to Paul’s personal prayer life, I have little doubt that there are times when he asks questions much like we do – why me, why now, why this? Don’t you ask those same questions? I have. I do. I have stood at the bedside of someone I love and asked, “why God?” Generally speaking, His answer to me is usually “Do you trust Me? Then let me work.” His answer to Paul was similar: “My grace is sufficient, for power is perfected in weakness. (2 Cor. 12:9)”

We don’t like being weak and we don’t like being out of control of our own lives and destiny. But we cannot know God’s power and purpose without surrendering control and losing ourselves in His will, for it is only then that we will truly find ourselves and our purpose. We fight and struggle for position and relevance in our culture all while God is saying to us, “quit struggling, stop fighting me and take my yoke upon you – discover who you truly are, in Me – the ONE who made you. The ONE who knows you better than you know yourself.”