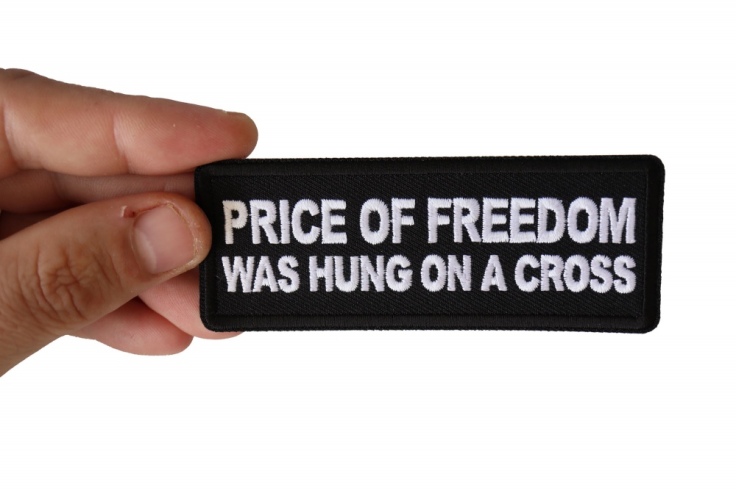 “As we were going to the place of prayer, we were met by a slave girl who had a spirit of divination and brought her owners much gain by fortune-telling. She followed Paul and us, crying out, “These men are servants of the Most High God, who proclaim to you the way of salvation.” And this she kept doing for many days. Paul, having become greatly annoyed, turned and said to the spirit, “I command you in the name of Jesus Christ to come out of her.” And it came out that very hour. But when her owners saw that their hope of gain was gone, they seized Paul and Silas and dragged them into the marketplace before the rulers. And when they had brought them to the magistrates, they said, “These men are Jews, and they are disturbing our city. They advocate customs that are not lawful for us as Romans to accept or practice.” The crowd joined in attacking them, and the magistrates tore the garments off them and gave orders to beat them with rods. And when they had inflicted many blows upon them, they threw them into prison, ordering the jailer to keep them safely. Having received this order, he put them into the inner prison and fastened their feet in the stocks.” (Acts 16:16-24 ESV)

Sometimes things just don’t turn out as expected. Ever have that happen? Of course you have. We all have. Last week we talked specifically about how we often make assumptions and have unrealistic expectations of God. That’s obviously not just true of the story regarding Lydia (see last week’s notes, here), but is also true of this subsequent story regarding a demon-possessed slave girl. Luke doesn’t tell us how long after Lydia’s conversion this story happens, but it doesn’t appear to have been very long and, in my opinion, probably occurred just one week later.

Paul and his team were headed back to the river side place of prayer, where they had met Lydia the previous week, when they encountered a slave girl who had a “spirit of divination.” The actual text says she had a “spirit of python” which probably refers to the ancient Greek mythical serpent that guarded the oracle at Delphi and the reason this text is generally interpreted today as “she had a spirit of divination.” Luke tells us that she made her owners very wealthy with her fortune telling and began following Paul and the others around each day shrieking “these men are servants of the Most High God and proclaim to you the way of salvation.”

I was once told by a man, that I respect greatly, that any publicity is better than no publicity. In this instance, Paul seems to disagree with him. Paul finally grew weary and annoyed of her constant shrieking and after several days of non-stop harassment turned around and commanded the spirit to “come out of her.” Luke says that the spirit left her that very hour. That phrase doesn’t imply that it took an hour, it is a phrase that simply means that it happened quickly or within that same hour of the day. Remember, they didn’t have watches to keep track of the minutes.

It is interesting to note that Paul became annoyed at her continual shrieking, even though the words she cried were true. Perhaps the real issue is not what she cried, but who was crying out and the tone with which she cried. A demon might affirm the truth, but I would not want that same demon testifying of the truth on my behalf. Also, I’ve used the word shriek to describe the servant girl’s “cry” because that’s really what it means. It was a word used of the sound of a crow or raven. If the demon is causing her to cry out these words, then I have little doubt that the words are being used in a very derogatory way and with a cynical tone. In fact, some scholars feel that the term describing her “spirit of divination” refers to the ability to mimic others, throw her voice or use ventriloquism. So, perhaps she is mimicking Paul’s voice, mannerisms and speech.

In a moment, this woman’s world changed dramatically. She went from being a slave to the demon’s ways and words to being freed by the power of Christ. Notice, Paul commands the demon to leave but only “in the name of Jesus.” This means that Paul’s words are spoken in the authority of Christ and carry with them the power of Christ. Paul is NOT acting on his own authority, thus, the demon is brought into submission before the power of Almighty God. In other words, Paul doesn’t do this – God DOES!

To speak in the name of and with the power of God, you must know and act within the will of God. God’s will is not hidden from us. It is not like God sits back and takes delight in us searching desperately for His divine will like it is a long lost treasure. God has revealed His will for us throughout His word. In fact, I believe we often know God’s will for most of the situations we face, but we just don’t like it.

God, how should I act or respond in this situation? Love your neighbor. Do good to those who curse you, be kind to and pray for those who might try and take advantage of you. Take the beam out of your own eye before you try and remove the speck in your brother’s eye. Help those in need and when they ask you to go one mile, go two. It goes on, and on and I’m certain you know these things that Christ taught us to do. But that brings me to the next point…

We can respond in a kind and loving way to the people and circumstances around us, but things don’t necessarily turn out like we might expect or had hoped. You can respond in a manner consistent with God’s will, full of love and grace and the world can, and often will, reject your actions and respond back in a hateful manner. Sometimes, even those within the church can respond in a hurtful and demeaning way but you must choose to follow Christ’s example, to respond according God’s Word and His will. When you do, you are speaking with His authority and in His power.

Paul and Silas discovered this hateful response, quickly. This young girl was now free from the demon who had long controlled her life, but her owners were seething with anger. They didn’t care about her psychological, emotional and spiritual healing. They only cared about their significant income and it was now gone and, just as quickly, Paul’s message of hope and salvation had become a message these men despised and vehemently rejected. In essence, they ignored Paul’s words and message until it impacted their livelihood then he became their bitterest enemy.

We see this same thing happening today. All around us the message of Christ’s love and eternal hope rings true but as it exposes sinful choices and calls people to abandon their shameful ways, our culture responds with anger and rejection. The biblical declaration of God’s love and His holy Word is being redefined as “hate speech” worthy of imprisonment, but that must not silence us. We cannot allow our culture’s low view of God’s Word to cause us to abandon its highest truths. It is only through a bold and biblical declaration of God’s will and the truth of His Word that they can be set free from the demon that controls their minds and actions. Be prepared for a violent reaction, but don’t back away in fear…

The real question is how will we respond when they respond violently? We must learn to follow our Lord’s example:

“For what credit is it if, when you sin and are beaten for it, you endure? But if when you do good and suffer for it you endure, this is a gracious thing in the sight of God. For to this you have been called, because Christ also suffered for you, leaving you an example, so that you might follow in his steps. He committed no sin, neither was deceit found in his mouth. When he was reviled, he did not revile in return; when he suffered, he did not threaten, but continued entrusting himself to him who judges justly.” (1 Peter 2:20-23 ESV)

American Christians find safety and solace in the religious freedoms we enjoy in the nation, but too many of our brothers don’t have those same freedoms. While the shriek of “hate speech” in response to the truth of God’s Word is building in our fair land, Americans do not yet know the pain and fear of a violent physical reaction to the truth. This cannot be said for many millions of our brothers (example, here). They know too well the sting of the rod and the fear of even greater violence. We can learn much from their faithfulness and our Lord’s example.

“Therefore, since we are surrounded by so great a cloud of witnesses, let us also lay aside every weight, and sin which clings so closely, and let us run with endurance the race that is set before us, looking to Jesus, the founder and perfecter of our faith, who for the joy that was set before him endured the cross, despising the shame, and is seated at the right hand of the throne of God. Consider him who endured from sinners such hostility against himself, so that you may not grow weary or fainthearted.” (Hebrews 12:1-3 ESV)

Consider Him who endured… don’t just look at the circumstances and react. Stop, think through what happened to Christ. Look at what He endured for our salvation and then respond in the same manner.

“And let the peace of Christ rule in your hearts, to which indeed you were called in one body. And be thankful.” (Colossians 3:15 ESV)

Finally, notice that the response from the slave girl’s owners was to charge Paul and Silas with civil disobedience. They claimed that Paul and Silas were preaching a message contrary to and in direct violation of the Roman Law – “customs not lawful for us to accept or practice.” In case you hadn’t noticed, this is where our culture is headed, quickly. In fact, much more quickly than many of us have realized or ever expected.

While we will more closely examine the outcome of Paul’s prison time next week, it is important to note that the magistrate’s response was swift and severe. Not only do they appear to agree with the slave girl’s owners, they get pulled into the emotional response of the crowd and tear off Paul and Silas’s garments and order them to be beaten. It is a sad day when governmental officials lose sight of their duty and respond emotionally, sad when it happened back then and sad when it happens today.

I’d like to close today by noting that Paul and Silas were condemned for simply breaking the chains of slavery in this young girl’s life. They introduced her to the freedom found only in Jesus Christ, and it cost her job and their freedom. When we follow Christ, we must remember that Jesus told us that everything else must be laid aside…

“And whoever does not take his cross and follow me is not worthy of me. Whoever finds his life will lose it, and whoever loses his life for my sake will find it.” (Matthew 10:38-39 ESV)

Follow Him wherever that may take you, it IS worth it!