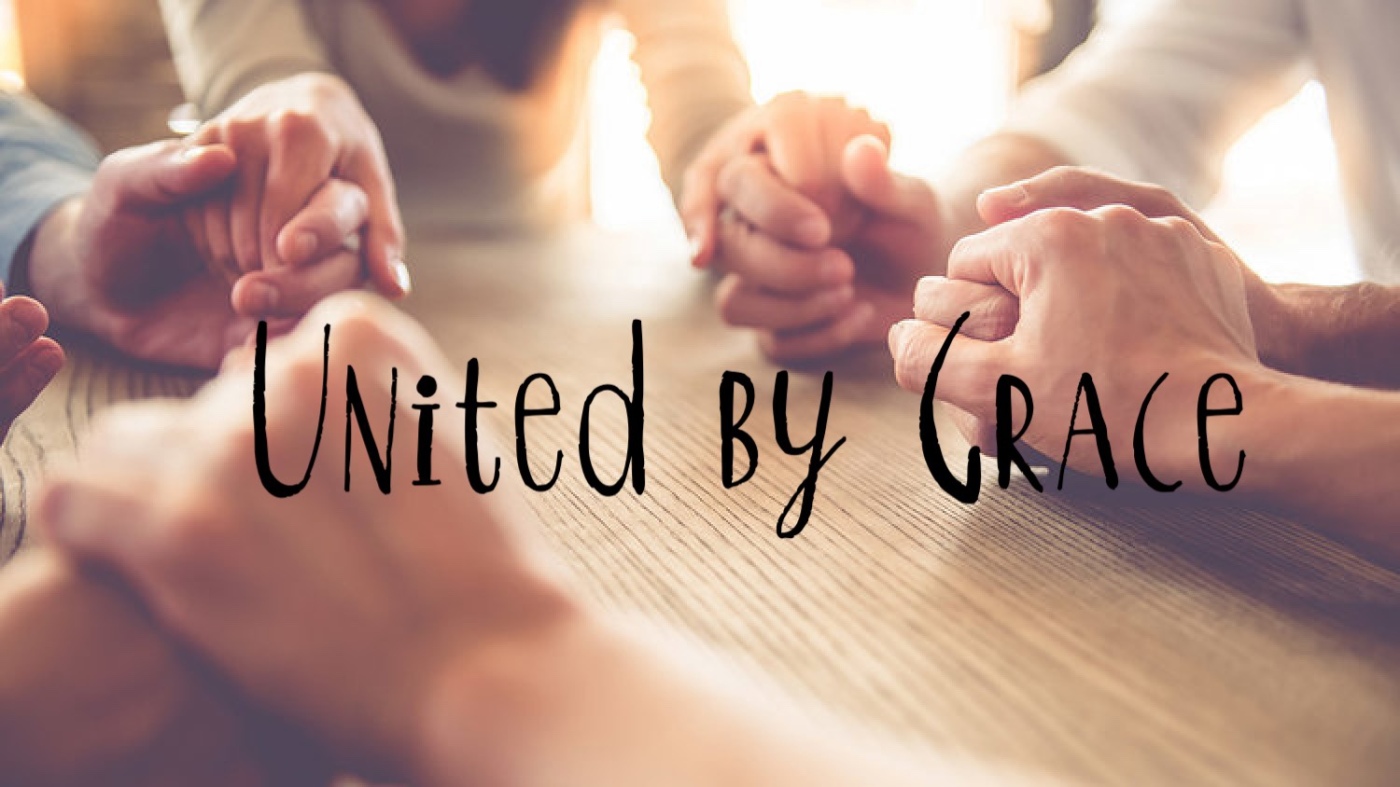 Now, therefore, why are you putting God to the test by placing a yoke on the neck of the disciples that neither our fathers nor we have been able to bear? But we believe that we will be saved through the grace of the Lord Jesus, just as they will.” And all the assembly fell silent, and they listened to Barnabas and Paul as they related what signs and wonders God had done through them among the Gentiles. After they finished speaking, James replied, “Brothers, listen to me. Simeon has related how God first visited the Gentiles, to take from them a people for his name. And with this the words of the prophets agree, just as it is written, ‘After this I will return, and I will rebuild the tent of David that has fallen; I will rebuild its ruins, and I will restore it, that the remnant of mankind may seek the Lord, and all the Gentiles who are called by my name, says the Lord, who makes these things known from of old.’ Therefore my judgment is that we should not trouble those of the Gentiles who turn to God, but should write to them to abstain from the things polluted by idols, and from sexual immorality, and from what has been strangled, and from blood. For from ancient generations Moses has had in every city those who proclaim him, for he is read every Sabbath in the synagogues.” (Acts 15:10-21 ESV)

Last week we looked at how redemption and restoration with God is by grace through faith, alone (see Eph. 2:8-10). We are not and cannot be reconciled to God by our personal righteousness and good deeds. Basically, no matter how good you are or try to be, your actions are always corrupted by sin. That doesn’t mean that all of your actions are inherently evil, but that your motives come from a sinful heart that is acting out of a very self-centered core. As I mentioned last week, this is at odds with how our culture views itself. Our modern culture sees itself as inherently good, with an occasional failure, what we would call “sin.” Very different perspectives. Very different worldviews. That’s why they often ask the question, “Why would God condemn someone to an eternity in hell for a single sin?” The question is reflective of their worldview and self-righteousness.

In today’s passage, the early church is struggling with different worldviews, too. The Jewish Christians come from a worldview that is steeped in traditions, rituals and religious rules. But God has a bigger, much bigger, plan for redemption than just the Jews. The very beginning of our focal passage today is the very end of Peter’s accounting of what happened when he was confronted by the Holy Spirit regarding Cornelius the Centurion. God was confronting their mistaken viewpoint regarding the inclusion of Gentiles in His redemptive plan.

Now to be honest, Jews had no problem including non-Jews in God’s redemptive plan as long as they converted to Judaism and its beliefs and practices. This is true throughout her long history (the story of Rahab in Joshua chapters 2 and 6, for example). But Peter’s conclusion is really the key point, “we will be saved through the grace of the Lord, just as they will.” Jews aren’t saved through the observance of their traditions, rituals and religious laws but by the grace of God through Jesus, the Messiah. Neither are Gentiles saved through the observance of their religious traditions, rituals or religious beliefs or laws. We are not (since most of you reading this are probably not Jews) saved by our cultural traditions, rituals, or beliefs. We are ONLY saved by God’s grace through faith in Jesus, the promised redeemer – God Himself who came to redeem us and bring us home.

After Peter’s story, Barnabas and Paul relate their experiences during their missionary journey into Cyprus, Syria and the surrounding region. Specifically, they relate the “signs and wonders” that accompanied their work as evidence that God was empowering and approving their work among the Gentiles. It appears that the entire assembly was enthralled by Barnabas and Paul’s stories as it specifically states that they “fell silent” as they relate the events of their work. Finally, James (the brother of Jesus – apparent senior elder/pastor of the Jerusalem church) takes the lead and provides scriptural support for their experiences. James loosely quotes Amos 9:11-12 and observes that all of the prophets agree with the insights and experiences of Peter, Paul and Barnabas.

“By his divine power, God has given us everything we need for living a godly life. We have received all of this by coming to know him, the one who called us to himself by means of his marvelous glory and excellence.” (2 Peter 1:3 NLT)

God has given us what we need for living a godly life. He has given us His Word, His Son, His Spirit, and His promise. Did you catch that? What we need to live a godly life has been “given” to us by God. It doesn’t come from deep down within you. It doesn’t come from some inspirational speaker, or your pastor. It certainly doesn’t come through your personal achievements. So, don’t be defined by your desires but be defined by the one who redeems your desires. This isn’t just good advice for those who struggle with self worth and sexual preference or gender questions, it is good advice for those of us who struggle, period. While our desires are rooted in holiness, they are corrupted by our sin, selfishness and pride.

Finally, James concludes by summarizing those guidelines that the Gentile disciples ought to follow: 1) abstain from things polluted by idols; 2) abstain from sexual immorality; 3) abstain from eating things strangled; 4) and from blood. To some, this sounds like an odd group of religious guidelines to lay upon the Gentile disciples. But, if you’ll pay attention to James’ statement he tells us why they should refrain from these things. He specifically states, “For from ancient generations Moses has had in every city those who proclaim him, for he is read every Sabbath in the synagogues.” In other words, there are some of the OT laws that transcend cultures and there are some that show respect for culture and promote fellowship.

First, idolatry is an abomination before the one, true God and His worshipers should abstain from things that have been polluted by idol worship. It was quite common for food being sold in the markets of these Gentile cities to have been dedicated to the local gods in the local Greek temple. While James seems to be specifically referencing food that is polluted by affiliation with idol worship, we are not generally impacted by this same practice today. But the real issue is not that the meat that is dedicated or sacrificed to the idol takes on any unholy “characteristics” because of this practice, but that the spirit, heart and mind of the worshiper is affected by this practice.

Next, James addresses the issue of sexual immorality among Gentile disciples. He advises them to abstain from sexual immorality (porneia – general term referencing all forms of immoral sexual behavior). As mentioned above, most of these cities had temples to some god. Generally speaking, these temples would include some form of deity that impacted the local agricultural and lifestyle sector. This likely included a fertility deity that they believed would bring agricultural success and livestock fertility, but also personal fertility and success. In many instances, the worship of these fertility goddesses included some form of sexual immorality with temple prostitutes/priestesses. While this admonition to abstain from sexual immorality was not limited to these activities, it most definitely included these activities.

Paul’s letter(s) to the Corinthian church is illustrative of this culture. The Corinthian disciples had become so accustomed to these local practices that they ignored the serious issues of one man who was living with and having sexual relations with his step-mother. Paul demanded that the issue be addressed, immediately (see 1 Cor. 5). These sexual practices were justified in their minds based on the Greek cultural view that the body and spirit are independent and, thus, one had no impact on the other. In other words, you could be physically immoral and sexually promiscuous without impacting your spirituality or holiness. This is NOT in line with a Biblical understanding of man. We are body and soul, each having a deep impact on the other. Again, the spirit, heart and mind of the worshiper is deeply affected by this practice.

Finally, two Jewish dietary laws are included in the admonition from the Jerusalem church to the Gentile disciples. They should refrain from eating the meat of an animal that has been killed by strangulation and to refrain from eating/drinking blood. Again, these practices that are an abomination to the Jews was common practice among the worship of the Gentile idols. The issue at hand, while certainly centered on the context of idolatry in all four admonitions, is lived out in the fellowship between the Jewish Christians and the Gentile Christians. In other words, it was important for the Gentile disciples to see, understand and modify their cultural practices to worship God properly and to maintain fellowship throughout the church.

James intentionally mentions that in every city the church would live in a cross cultural relationship between Jews and Gentiles. It was important to the church’s fellowship and worship to be able to sit down together at a common table. They needed to live and worship without having issues that kept them divided spiritually, culturally and socially. This is still true today, especially as our cultural differences push us into divisions and disagreement with one another. We must be willing to let God’s grace push these differences aside as we gather together at Christ’s table. The church is not becoming less culturally diverse, it is becoming significantly more culturally diverse by the day. We can be culturally diverse, but we must be spiritually united in grace.

“And they sang a new song, saying, “Worthy are you to take the scroll and to open its seals, for you were slain, and by your blood you ransomed people for God from every tribe and language and people and nation, and you have made them a kingdom and priests to our God, and they shall reign on the earth.” (Revelation 5:9-10 ESV)

One thought on “United by Grace”