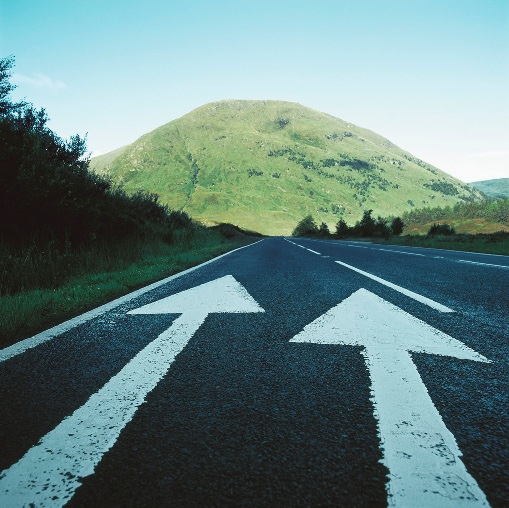 “Now at Iconium they entered together into the Jewish synagogue and spoke in such a way that a great number of both Jews and Greeks believed. But the unbelieving Jews stirred up the Gentiles and poisoned their minds against the brothers. So they remained for a long time, speaking boldly for the Lord, who bore witness to the word of his grace, granting signs and wonders to be done by their hands. But the people of the city were divided; some sided with the Jews and some with the apostles. When an attempt was made by both Gentiles and Jews, with their rulers, to mistreat them and to stone them, they learned of it and fled to Lystra and Derbe, cities of Lycaonia, and to the surrounding country, and there they continued to preach the gospel.” (Acts 14:1-7 ESV)

How should the church measure success or even should the church measure success? We all tend to measure our personal success. Sometimes we use reasonable measures, like the steps we’ve completed to achieve a particular personal goal. Sometimes we use unreasonable measures, like comparing ourselves to others or basing our value on our financial success. Often, church success is measured similarly, as a comparison to other churches or even as financial success. Neither of those measures gives an accurate picture of church success. The other measure that is often used for measuring church success is attendance. So, churches in urban and metropolitan settings will naturally fair better than churches in rural or small town settings.

However, the real measure of success for a church should be how well we are achieving the mission given to us. Many would probably summarize the mission of the church as evangelism, but to do so is to misunderstand our calling. Let me explain, give a few definitions and provide scriptural support for my stance.

First, evangelism is a PART of the mission of the church but it is not the SOLE mission of the church. The word evangelism (noun) or evangelize (verb) which is translated as “preach the gospel” in verse 7 above, comes from two words, “eu” (well or good) and “angello” (herald or announce – notice our word “angel” in it, a herald of God). In its basic form and use, it signified someone who would appear in the public market or town square and make an official announcement from the King or ruling authority. This word, in its various forms, became the word to describe what Paul and his companions were doing; announcing or proclaiming the good news of Jesus redemptive work and resurrection in the market place for everyone in town to hear and respond. So, “euangelloi” or the “announcement of good news” was transliterated from Greek into English (via German where the “eu” became “ev”) and became our word “evangelize” which means “to preach the Christian gospel.”

So, the question I’m really posing is whether this public proclamation of the gospel is the fulfillment of the church’s mission. Is it sufficient to proclaim the message and call those who hear to repentance and faith in Christ? Most Christians are familiar with what has become known as The Great Commission:

“And Jesus came and said to them, “All authority in heaven and on earth has been given to me. Go therefore and make disciples of all nations, baptizing them in the name of the Father and of the Son and of the Holy Spirit, teaching them to observe all that I have commanded you. And behold, I am with you always, to the end of the age.” (Matthew 28:18-20 ESV)

I am convinced that we have a shallow view of that commission. We tend see it as a call to world evangelism, when it is really a call to global discipleship. Just semantics? Aren’t evangelism and discipleship two sides of the same coin? In other words, if folks get saved then aren’t they disciples? I don’t think so, here’s why…

If we view evangelism as that initial “state” of salvation that occurs when someone moves from doubt to faith, then discipleship is the ongoing development and growth of that state into a firm foundation and a mature faith. The very word “disciple” that Jesus used in the Great Commission implies learning, growth, development and maturity. Let me illustrate using a modern problem that reveals what I mean…

One of the biggest challenges facing our culture is the “absentee parent” in the lives of so many children. We see this in the epidemic of single parent homes (primarily mothers, but not exclusively so) and we see the dramatic results. Now, don’t take what I’m saying in the wrong way. I’m NOT saying that children raised in single parent households all turn out as juvenile offenders. I don’t mean that at all! What I do mean is that when children receive the loving support and presence of both parents, then the likelihood of them being well adjusted and a contributing member of our culture is much, much higher.

Now apply those same principles to the church. Did God intend that we “birth” new Christians through the evangelism process, and then abandon them as spiritual orphans? Can they develop properly and become contributing members of Christian culture and the world in general without the loving guidance, training and support of the church? Jesus didn’t say, “go, make converts” but rather said “go, make disciples.” Disciples learn, disciples develop disciplines, disciples follow the patterns, teaching and methods of their teacher. In other words, disciples look like Jesus because they live like Jesus, give like Jesus and love like Jesus.

Notice what was happening at Iconium, the unbelievers “poisoned their minds (those who were open to the gospel message) against the brothers.” This is happening today, too, but notice Paul and Barnabas’ response: “they remained for a long time, speaking boldly for the Lord.” We tend to want and expect grocery shopping and microwave cooking results from spiritual plowing and planting efforts. That simply doesn’t work because both physical and spiritual growth and maturity are long term processes. If we want to see spiritual growth and maturity then we must invest in long term spiritual relationships with one another.

Now notice how God responds to Paul’s decision to stay engaged, He “bore witness to the word of his grace, granting signs and wonders to be done by their hands.” Paul and Barnabas stay engaged with the people and God begins moving through them and affirming their message with “signs and wonders.” As stated above, we desire and expect long term results while offering only a short term commitment to discipleship. We commit to 30 minutes of spiritual exercise per week, and expect to walk out looking like Christ. That’s simply not going to happen. However, if we will commit to staying engaged in discipleship then perhaps we, too, will begin to see God honor and affirm His word through our discipleship efforts with “signs and wonders.”

This next part is easy to grasp, but a bit more difficult for us to understand. The people rejected the gospel and their efforts, turning violent towards Paul and Barnabas. The city was split over the message of Christ, some believed but others rejected. Those who rejected the message began to incite the crowds and gathered the support of the city’s leadership and attempted to stone them. Paul and Barnabas learned of the plot and escaped with their lives. But, I want you to catch this… God was performing “signs and wonders” among the people by the hands of Paul and Barnabas, but they still rejected their message. These guys had done nothing worthy of their hatred but the crowds were incited to violence against them.

We often think, if they would just look at the evidence or receive our acts of kindness and love then they would respond to the gospel. Some do, most don’t. Why? The scriptures say because their hearts have been hardened towards God’s love and their eyes have been blinded to the truth of His word. What should our response be? The same as Paul’s, they went to the next town and picked right back up where they had left off, “they continued to preach the gospel.”

We are beginning to see signs of this same animosity in our culture towards the Gospel. Some believe, most don’t. The unbelievers may even begin to incite the crowds into violent reaction towards our message. What should our response be? The same as Paul’s… stay engaged with the believers in discipleship, proclaim the message to those who will listen, sidestep the violence, escape/move to the next location as needed, pick up where we left off. Mission focused…