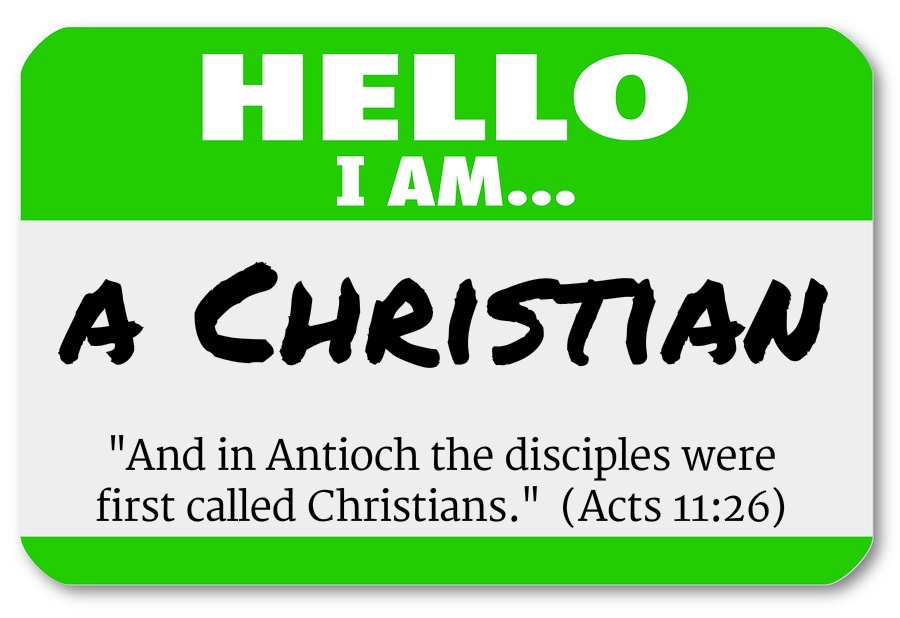 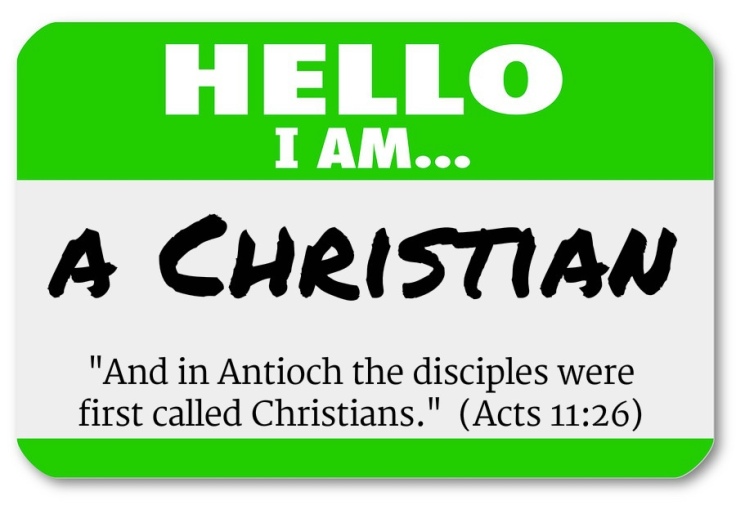 “So Barnabas went to Tarsus to look for Saul, and when he had found him, he brought him to Antioch. For a whole year they met with the church and taught a great many people. And in Antioch the disciples were first called Christians. Now in these days prophets came down from Jerusalem to Antioch. And one of them named Agabus stood up and foretold by the Spirit that there would be a great famine over all the world (this took place in the days of Claudius). So the disciples determined, every one according to his ability, to send relief to the brothers living in Judea. And they did so, sending it to the elders by the hand of Barnabas and Saul.” (Acts 11:25-30 ESV)

There’s a lot in a name, a lot more than we often realize. It used to be common for children to be named after a beloved family member. Sometimes names reflect characteristics or circumstances surrounding their births. My wife’s sister was born on Easter Sunday, so her mother wanted to name her Bunny. Fortunately, good sense prevailed and she became Robin, instead. Sometimes, we pick up nicknames during the course of our lives. My father was always known as Nick, even though his real first name was Donald. In fact, I didn’t know my father’s name was Donald until I was about eleven or twelve years old. Even my mother called him, Nick.

It wasn’t until my grandmother referred to him as Donald, during one of her infrequent visits – she lived in Boston, we lived in Tulsa, Oklahoma – that I learned his legal name. While I never heard the specific reason my father became known as Nick, I’ve always assumed it came from his time in the Navy and was simply a shortened version of our family’s last name – Nickerson. My brothers and I have always shared that same nickname through the years and wear it as a label of shared family pride and deep love for our father.

In this story, we deal with two different names that I’d like us to consider and reflect on their use and purpose. The first is the nickname the believers gave to Joseph. The disciples called him Barnabas, which means Son of Encouragement, most likely because of his personality and free flowing encouraging words towards them. He must have been an encouragement to everyone he was around. But, here’s the kicker about being an encourager… it means you have to be more focused on others than on yourself. Oh, wow. That’s tough for most of us. We spend most of our time focused on our own needs, desires and goals. And yet, what did Jesus teach his disciples?

“When he had washed their feet and put on his outer garments and resumed his place, he said to them, “Do you understand what I have done to you? You call me Teacher and Lord, and you are right, for so I am. If I then, your Lord and Teacher, have washed your feet, you also ought to wash one another’s feet. For I have given you an example, that you also should do just as I have done to you. Truly, truly, I say to you, a servant is not greater than his master, nor is a messenger greater than the one who sent him. If you know these things, blessed are you if you do them.” (John 13:12-17 ESV)

If we want to be truly blessed as Jesus said, we must learn to look beyond our own needs and to see the needs of others. We have to take on our Lord’s character and become a servant.

So, Joseph’s attitude of service was reflected in his encouraging ways. He arrived in Antioch, assessed the situation and immediately began encouraging them in their new-found faith. The first thing he encouraged them to do was to remain faithful to, abide in or cling to the Lord. That is precisely what Jesus told the Apostles to do just before his arrest and crucifixion…

“Abide in me, and I in you. As the branch cannot bear fruit by itself, unless it abides in the vine, neither can you, unless you abide in me. I am the vine; you are the branches. Whoever abides in me and I in him, he it is that bears much fruit, for apart from me you can do nothing. If anyone does not abide in me he is thrown away like a branch and withers; and the branches are gathered, thrown into the fire, and burned. If you abide in me, and my words abide in you, ask whatever you wish, and it will be done for you. By this my Father is glorified, that you bear much fruit and so prove to be my disciples.” (John 15:4-8 ESV)

Jesus says that our relationship to him must be like the relationship of the branch to the vine, inseparable and life-dependent. Our fruitfulness, even our very existence and life, is totally dependent upon connectedness to Him. Barnabas tells these new believers to stay connected, stay dependent and stay faithful to Jesus at all times. Their lives depend on it.

He also encouraged them to discover their life purpose or reason for existence in complete surrender, service and obedience to Jesus Christ. The idea of “resolute purpose” is a reference back to the bread that would be placed in the Holy Place of the Tabernacle as an offering to God. Paul states it this way for believers in Rome:

“I appeal to you therefore, brothers, by the mercies of God, to present your bodies as a living sacrifice, holy and acceptable to God, which is your spiritual worship.” (Romans 12:1 ESV)

In light of what God has done for us through the sacrifice of Christ on our behalf, we should offer back to him our lives/bodies as a “living” sacrifice. While scripture says our very purpose for existence is to live for Christ, our culture says our very existence is to fulfill our personal desires and perceived needs. In fact, our modern culture even goes so far as to claim that we “define” who we are though some will disguise it with language that says, “I’m just being who God made me to be.” But Jesus said that our identity and existence are inextricably tied to Him as the branch is tied to the vine.

But notice the results, “…and a great many people were added to the Lord.” (Acts 11:24 ESV) Luke specifically points out that Barnabas was “full of the Holy Spirit and faith.” (Wow, what a noble description for a man of God) The very thing Jesus tells them to do, remain connected to me and you will bear much fruit, begins to happen. The next thing we see Barnabas doing is getting Saul from Tarsus and bringing him to Antioch. Barnabas needs help because of the growth occurring at Antioch, so the Holy Spirit directs him to go get Saul.

They teach these believers for an entire year about how to live out this new-found faith in Jesus. While we have no details as to what specifically occurred in and around Antioch during this time period as a result of their teaching, we do get a glimpse because Luke tells us that the disciples were first called “Christians” in Antioch. Christ followers. Disciples of the Messiah.

For many, that term of distinction has lost its true meaning. Today, it often refers to a social or cultural identity more than as a description of someone’s beliefs or actions. There are large numbers of people who believe they are Christian simply as a cultural distinction from other social or cultural groups, or because their parents said they were Christians. But, let me ask you… are you a Christ follower or are you just someone who believes in a higher power or some form of God? To be a disciple or follower of Christ obviously means that you ascribe to his teachings, but it means SO much more.

I want to end with one last observation as to the outcome of Barnabas and Saul’s teaching among the “Christians” at Antioch. A prophet by the name of Agabus arrives and tells the Antioch church that a severe famine was coming upon the entire known world, including Antioch. These “Christ Followers” had been so completely transformed by God’s grace and their faith in Christ that they determined they needed to respond to this “crisis” by sending aid to the other believers living in Judea.

Their faith wasn’t shallow, empty and devoid of action. It was alive, growing and full of grace and truth. These people had been truly transformed by the grace of God. These folks were called “Christ followers” for a reason, they followed Him at the risk of their own lives. Today, we often talk of sacrificial giving but sacrifice isn’t defined by what you give, it is defined by what you have left…

“Jesus looked up and saw the rich putting their gifts into the offering box, and he saw a poor widow put in two small copper coins. And he said, “Truly, I tell you, this poor widow has put in more than all of them. For they all contributed out of their abundance, but she out of her poverty put in all she had to live on.” (Luke 21:1-4 ESV)