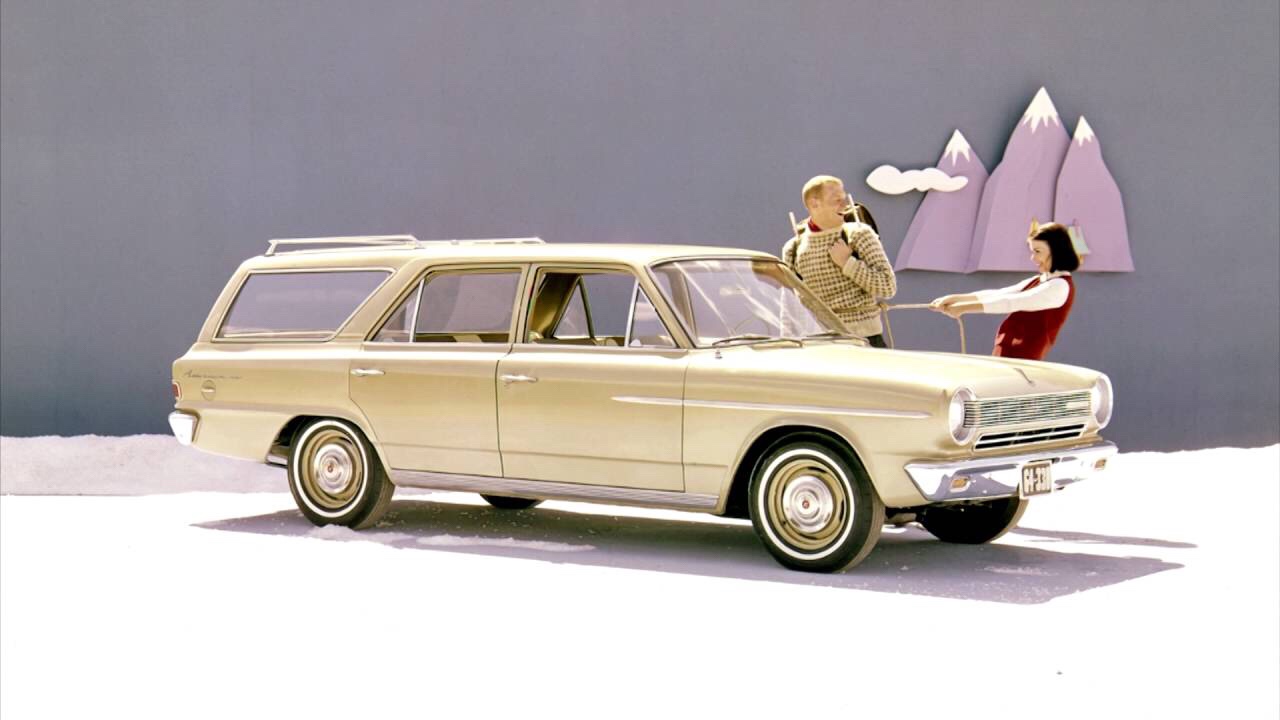 “So when they had come together, they asked him, “Lord, will you at this time restore the kingdom to Israel?” He said to them, “It is not for you to know times or seasons that the Father has fixed by his own authority. But you will receive power when the Holy Spirit has come upon you, and you will be my witnesses in Jerusalem and in all Judea and Samaria, and to the end of the earth.” And when he had said these things, as they were looking on, he was lifted up, and a cloud took him out of their sight. And while they were gazing into heaven as he went, behold, two men stood by them in white robes, and said, “Men of Galilee, why do you stand looking into heaven? This Jesus, who was taken up from you into heaven, will come in the same way as you saw him go into heaven.”

One of the joys of my childhood was the traveling we did as a family. While we never traveled on, what I would call, a “vacation,” we did travel for family reasons. My father was from the Boston area and we traveled there several times to see family and to attend my grandfather’s funeral. We also made a trip to Arizona when I was young to take my maternal grandfather to visit his daughter, my aunt Wilma. Most of these trips occurred in our family station wagon (1960’s version of the modern SUV). If you’ve ever traveled with family then you’re familiar with the question, “are we there, yet?” I’m certain my dad never wanted hear that question, again.

Our Source of Hope:

In the passage we will study today, the disciples seem to ask a similar question. One that’s been asked so often by so many that our Heavenly Father might be tired of hearing it, too. The disciples want to know if this is the time when God will restore the Kingdom to Israel. What would prompt them to ask that question at this time? Here’s why…

“They shall be carried to Babylon and remain there until the day when I visit them, declares the Lord. Then I will bring them back and restore them to this place.” (Jeremiah 27:22 ESV)

“For behold, days are coming, declares the Lord, when I will restore the fortunes of my people, Israel and Judah, says the Lord, and I will bring them back to the land that I gave to their fathers, and they shall take possession of it.” (Jeremiah 30:3 ESV)

The Israelites were very familiar with the promises of God’s restoration of their spiritual and national identity. This was a promise that they dreamt of, hoped for and longed to see become reality. While the Temple was restored and rededicated for sacrificial worship during the years between the recorded history of the Old and New Testaments (inter-Testamental period) the nation of Israel remained politically under the rule of several conquering nations (most notably Persia, Greece and Rome). In fact, the Jewish holiday of Hanukkah celebrates the restoration and rededication of the Temple and the miracle of the single day’s supply of sacred lamp oil lasting eight days. The Israelites were reminded of Jeremiah’s prophetic promises each year during the Hanukkah festivities.

The Prophet Joel had also promised that this restoration of Israel was tied to the outpouring of God’s Holy Spirit upon His people (see Joel 2:28). When Jesus promised the outpouring of God’s Spirit upon the disciples, their hearts, no doubt, skipped a beat. This was the sign they had longed for, the one when God would restore them to their favored nation status. Their rebellion would be forgiven and the remnant of Israel restored. But, notice Jesus’ response to their question… “it’s not for you to know the times God has fixed by His own authority.”

Christ tells the disciples these things are not to be their concern or the focus of their faith. God has these times and plans under His control and authority and the disciples don’t need to get wrapped up in or worried about what God has “fixed” or is doing in His own time. In essence, the disciples wanted to know “are we there, yet?”

We often do the same, don’t we? We want to concern ourselves with the fulfillment of some end-time prophecy or the completion of certain social or historical “markers” someone believes they’ve identified in scripture that identify the “end times.” But why? Why do we continuously ask, “are we there, yet?” Well, we all long for the time when things will be set right, when our struggles and pain will be over and evil will be judged. But just like them, we’re told we can rely upon His presence and power in the midst of our problems. Oh, and we are to be His witnesses.

Our Calling as Witnesses:

Witnesses of what? Of the truth of the Gospel and Jesus’ resurrection. Witnesses of the fulfillment of His teachings and transforming power of His Word. He told the disciples they need not worry about God’s timing but to wait in Jerusalem until they received power through the outpouring of God’s Spirit. Their hope was not to be based in the quick restoration of Israel but in the ongoing power of God’s presence through His Spirit. Our hope must not be based in the timing of God’s prophecies and their fulfillment but in the power of His Spirit’s presence in our lives.

Our Need to Get Focused:

Notice what happens next… as Jesus leaves the disciples stand there gazing heavenward. They seem a bit transfixed. I’m certain it must have been mesmerizing as He just began to rise and disappeared into the clouds. But two angels come and draw the disciple’s gaze back down to earth and the challenges that lie ahead. “Why do you stand there staring into heaven? This very same Jesus is coming back in the very same way you saw Him leave.”

We must never get so transfixed on the promises of heaven that we miss the task He gave the Church to complete. What task? To witness to the world of His righteousness, love, grace and forgiveness. To be salt and light. To demonstrate His character through our actions. We have this treasure of God’s grace and glory in “jars of clay” (our earthly, physical bodies) so that it will be evident that our power is not our own. And that brings me to my final point…

Jesus commanded the disciples to wait in Jerusalem until they received the power promised through the outpouring of the Holy Spirit. But, power is problematic. Some might say that the entire history of mankind is just one power play after another. If we don’t have it, we crave it. If we have it, we often abuse it. In essence, all sin is a power struggle deep within us. We are fighting against the power and authority of God so we can express our own power and authority.

We want the power of God, but we often want it to act for us or on our behalf, but not actually upon us. We want it to change our circumstances but never our own attitudes or desires. We want God’s power to do our bidding, but His power will ONLY do His bidding. In reality, His power will never act in a manner that is inconsistent with His character. That’s important to grasp and understand. Whenever someone claims to be acting in God’s authority and power and their words or actions are inconsistent with God’s commands and character, you can be sure they are NOT acting under God’s authority nor through His power.

But the Church needs to fully understand the implications of that principle. We cannot expect the power of God in our worship, work, programs or outreach when our words or actions are inconsistent with His commands and character. But when the Church’s words and actions are consistent with His commands and character, we must remember that we are acting under His authority and trust that His power is at work. Consider Paul’s example regarding Abraham:

No unbelief made him waver concerning the promise of God, but he grew strong in his faith as he gave glory to God, fully convinced that God was able to do what he had promised. That is why his faith was “counted to him as righteousness.” (Romans 4:20-22 ESV)

The task the disciples were being given as witnesses to the world would be impossible to fulfill given their abilities and resources. But once they were empowered by God’s Spirit, the impossible became possible. The same is true for you and me. This same task now falls on the modern Church and we often strive to meet that goal using our own abilities and resources and it’s simply not possible. But when we begin to act in accordance with God’s will, consistent with His character and under His authority then we can expect the presence of His Spirit and His power. The impossible will simply fall before the authority and power of Almighty God.

By the way, if you haven’t realized it… we aren’t there, yet. His assignment to the Apostles is still incomplete. We are still on duty and we are still dependent upon the presence and power of the Holy Spirit to achieve God’s goal. We must continually assess and evaluate our focus and our mission. Are we more concerned with the fulfillment of “end time” prophecies or with the fulfillment of our mission? Are we gazing into heaven or are we focused on the task at hand? Are we pursuing our own goals or are we truly seeking the Kingdom of God? Are we trusting in our own abilities and resources while we advance our kingdom or are we acting in faith and reaching for the prize while depending on God to provide what’s needed to fulfill His commands? Are we seeking His Kingdom and do we hunger and thirst for righteousness? If so, we WILL be filled up and we will overflow with joy. Oh, enjoy the trip…

One thought on “Dad, Are We There Yet?”