When Jesus had spoken these words, he went out with his disciples across the brook Kidron, where there was a garden, which he and his disciples entered. Now Judas, who betrayed him, also knew the place, for Jesus often met there with his disciples. So Judas, having procured a band of soldiers and some officers from the chief priests and the Pharisees, went there with lanterns and torches and weapons. Then Jesus, knowing all that would happen to him, came forward and said to them, “Whom do you seek?” They answered him, “Jesus of Nazareth.” Jesus said to them, “I am he.” Judas, who betrayed him, was standing with them. When Jesus said to them, “I am he,” they drew back and fell to the ground. So he asked them again, “Whom do you seek?” And they said, “Jesus of Nazareth.” Jesus answered, “I told you that I am he. So, if you seek me, let these men go.” This was to fulfill the word that he had spoken: “Of those whom you gave me I have lost not one.” Then Simon Peter, having a sword, drew it and struck the high priest’s servant and cut off his right ear. (The servant’s name was Malchus.) So Jesus said to Peter, “Put your sword into its sheath; shall I not drink the cup that the Father has given me?” (John 18:1-11 ESV)

We all have events in our lives that mark a transition or a change in direction. For some of us, High School graduation marked a significant change in direction as we moved from education to occupation. For most, marriage is a significant event that marks a huge transition in our lives. Other events, like a child’s birth, job change or retirement, can also mark significant transitional periods in our lives. At times, these changes are expected and embraced while at times they are unexpected and result in anxiety or fear. Often, especially if the event is expected and even anticipated, we move with purpose, resolve and intention into this new period of life. However, fear or uncertainty often accompanies transitions that are unexpected or surprise us.

As Jesus ends his preparation and prayer time with the disciples in the previous four chapters that we’ve studied, he crosses over the brook of Kidron and into a nearby garden. ‘Qidron’ is a Hebrew word which means dark or murky and likely refers to the fact that the water in the brook only runs after a torrential rain and would be dark, muddy or murky. It is not uncommon for John to have a double-meaning when he notes an event like this. As Jesus begins moving towards the cross, he crosses over the “dark river” and encounters Judas, the betrayer, and the band of soldiers.

This event is a transitional event for the Messiah as he begins intentionally moving across this dark water towards the cross. In fact, notice how this passage ends with Jesus embracing the Father’s purpose by drinking the cup He “has given me.” We will come back to this, but for now I want you to notice that Jesus doesn’t pull back or fear this journey across the dark river because the Father’s presence and plan is leading him down this path. It is entirely expected because Jesus has just spent time in prayer and is now moving with determination and confidence towards the Father’s purpose. While John doesn’t specifically note the anguished prayer of Jesus in the garden, he alludes to it (in the other Gospels) when referencing Jesus’ and the disciples presence in the garden.

This was apparently a favorite spot for Jesus to come and escape the noise or the crowds and spend time alone praying. Judas was familiar with this place, having accompanied Jesus there many times. We don’t know whether Jesus had announced his plan to go to the garden or if Judas just anticipated his actions but, either way, Judas leads the soldiers and a contingent of representatives from the High Priest to this remote location. Pay close attention to the next phrase in our passage… “then Jesus, knowing all that would happen to him, came forward and said…”

We often wish we knew the future, don’t we? If I had only known, I would have done this or that. We somehow think that if we knew what the future held then we would be better able to face it. In truth, knowing our own future would probably cause us to curl up in a fetal position and hide in our bedrooms. But when the soldiers and Temple Guard arrived with torches lit and weapons drawn, Jesus came forward and asked whom they were seeking. 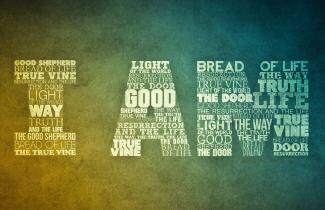 Since John has just told us that Jesus KNEW all that would happen then His question must be intentional and purposeful. “Whom do you seek?” Who are you looking for with all of these weapons, torches and soldiers? They respond, “Jesus of Nazareth.” Now, pay close attention to Jesus’ response; “I am [he].” I think it is important to note that while the “He” in that sentence can be implied, it is literally translated “I AM.” They were looking for Jesus, the man of Nazareth and they encountered the great I AM, the God of all creation.

How would you respond if you were sent into a dark garden looking for a dangerous criminal and encountered the creator of the universe? John says these men, when confronted by the real Jesus – the great, incomparable I AM – stepped back and fell to the ground. So, let me ask you a question… just who are you really seeking?

Easter Sunday is the most important day on the Christian calendar. Many attend worship on this day who have not attended worship all year. They come seeking… some seek hope in a desperate situation, some seek solace in a struggle, some seek forgiveness from mistakes, while many just seek a personal sense of peace or religious comfort. I suspect some come just to placate or silence a sense of guilt or shame. They come seeking Jesus of Nazareth and some actually encounter the great I AM.

Jesus asks them again, “whom do you seek?” They’ve encountered the God of the Universe but are they willing to settle for just the man, Jesus? What about you? There are many who see Jesus as nothing more than a man, perhaps a very good man, but nothing more than that. These men have come to arrest Jesus the man, and they encountered God. They fell back in awe at the presence of God, so Jesus clarified and said “if you seek Jesus, the man of Nazareth, then I’m he, you can let these others go.”

So, who are you really seeking, today? Are you just looking for someone who can make you feel a little better about yourself or your situation or perhaps someone you can blame because things didn’t go as you had planned? If so, then Jesus, the man of Nazareth, is sufficient. His love and sacrifice are certainly inspirational and cause many to try and live better lives. Judas appears to blame Jesus because things weren’t turning out as he’d hoped. But, if you’re truly seeking something transformational then you need to consider the rest of this story…

There are three things in verses 10-11 that I want you to notice. First, Peter reacts quickly to the threat of Jesus arrest and draws a sword and slashes at one of the men and cuts off his ear. We know from Luke’s account of this event (see Luke 22) that Jesus also reacts quickly, stops further reactions from the disciples and heals the ear. So, those present have just witnessed the power and authority of Jesus, the I AM.

Next, we learn that the man whose ear had been severed and then healed is named Malchus. It may be that John notes his name, possibly to lend credence to the facts or perhaps because Malchus became a follower of Christ and he is known by name in the early church. What we do know is that John was acquainted with the high priest and his household, as is noted later in this chapter. While I can’t prove it, I suspect Malchus became a believer following the resurrection. Why? He just needed to reach up and feel his right ear for physical proof of who Jesus was.

Finally and most importantly, Jesus rebukes Peter for his violent reaction to Jesus’ arrest and states emphatically, “shall I not drink the cup that the Father has given me?” I mentioned previously that we would likely shrink back in fear if we actually knew what our future held. Jesus knew what was coming in the next few hours and embraced it because it was a part of God’s purpose and plan. He saw the horror, agony and excruciating pain of the cross and was resolved to face it head-on. Why? For really just three basic reasons… God’s plan and Jesus’ love for you and me.

Jesus loves you and me SO much and God has said there’s no other option. For sin to be redeemed and for death to be defeated, the cross is the only solution. But, please hear me clearly… Jesus strength to face the cross didn’t just emanate from His understanding of God’s plan and His love for you and me. I stated there were three reasons and the third one also has to do with knowing what the future held… the resurrection. You too can face the uncertainty of life because of Jesus’ resurrection and the promise he will do the same for you and me, if we place our trust in Him.

If you KNOW that death has no power over you, it changes how you face life. It means you can embrace whatever life throws at you because death can’t possess you. You can pursue whatever plan God has for you because it can’t defeat you… let me close with Paul’s classic synopsis of this belief:

“Who shall separate us from the love of Christ? Shall tribulation, or distress, or persecution, or famine, or nakedness, or danger, or sword? As it is written, “For your sake we are being killed all the day long; we are regarded as sheep to be slaughtered.” No, in all these things we are more than conquerors through him who loved us. For I am sure that neither death nor life, nor angels nor rulers, nor things present nor things to come, nor powers, nor height nor depth, nor anything else in all creation, will be able to separate us from the love of God in Christ Jesus our Lord.” (Romans 8:35-39 ESV) 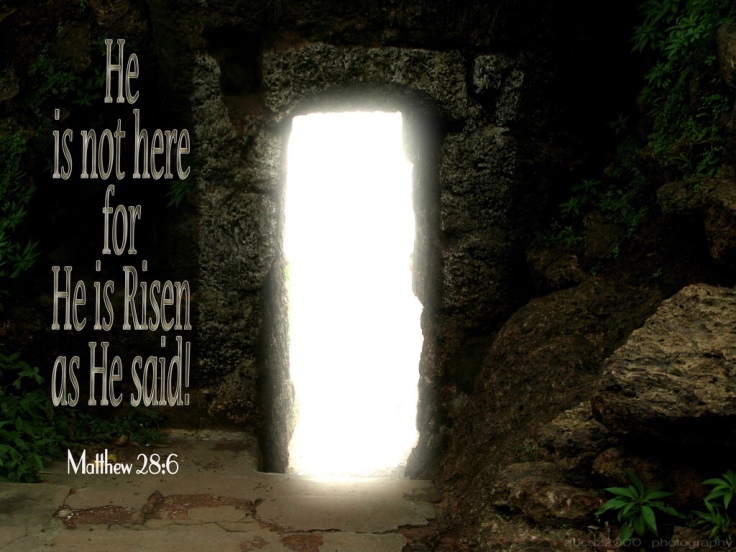