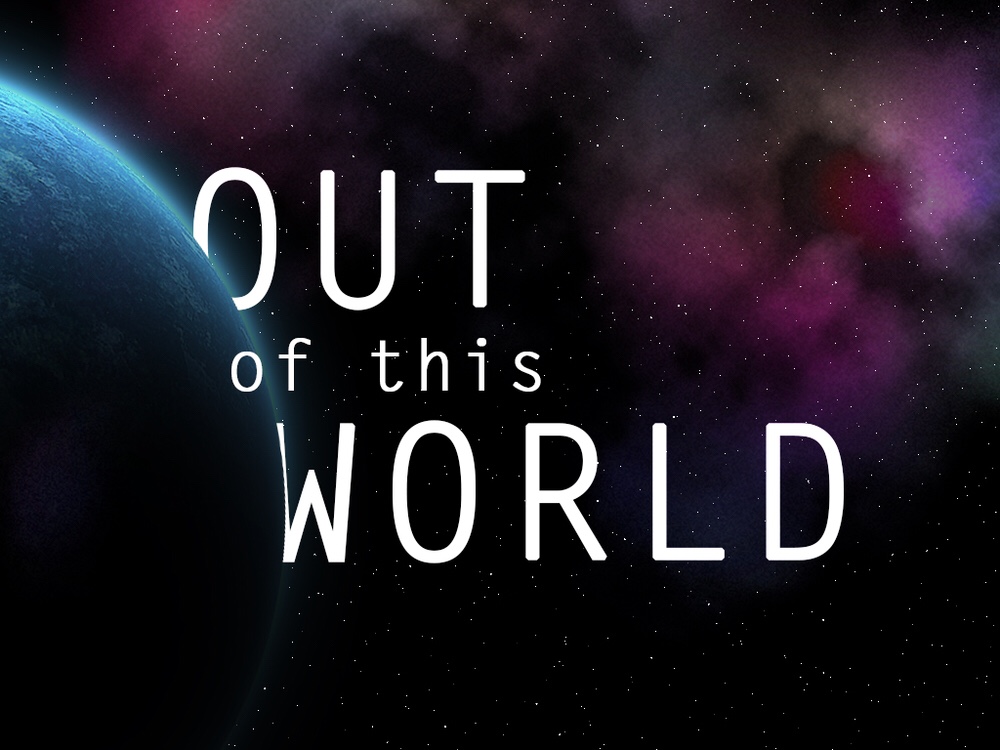 I woke up Wednesday morning to the news of Billy Graham’s death. While I grieved over the tremendous loss of this great evangelist and our nation’s pastor, my mind went immediately to several quotes of Dr. Graham… “My home is in heaven, I’m just traveling through this world.” and, “Someday you will read or hear that Billy Graham is dead. Don’t you believe a word of it. I shall be more alive than I am now. I will just have changed my address. I will have gone into the presence of God.” Graham’s hope was never in the things this world held or offered, but was grounded in Jesus’ words “they are not of the world, just as I am not of the world.” What is your hope grounded on? Not sure? Keep reading.

One of the most difficult things for a Christian to do is to be in the world but not of it. This is not entirely surprising since our nature is corrupted by sin, but believers are to be “renewed” in our thinking (see Rom. 8:1-2). This renewed thinking will help us distinguish between Godly values and worldly values, between our will and God’s will. Christ’s desire for us to be “in but not of” the world is not really about a physical versus spiritual focus to our lives, it is much deeper. We were created as physical beings in God’s image, so our true nature is not about abandoning the physical aspects of our nature but is all about not being controlled by our selfish desires or our sinful nature. Let me expand on that a bit…

The term “world” in scripture (cosmos in Greek) is used in basically three ways, 1) the physical creation itself; 2) the people who live in that physical creation; 3) and the beliefs, philosophies, desires and pursuits that make up the fallen social/religious/political structure that is under the power and authority of the Deceiver, or Satan within the physical creation. Here are a few examples to illustrate:

World/creation: “For his invisible attributes, namely, his eternal power and divine nature, have been clearly perceived, ever since the creation of the world, in the things that have been made. So they are without excuse.” (‭‭Romans‬ ‭1:20‬ ‭ESV‬‬)

World/people: “For God so loved the world, that he gave his only Son, that whoever believes in him should not perish but have eternal life. For God did not send his Son into the world to condemn the world, but in order that the world might be saved through him.” (‭‭John‬ ‭3:16-17‬ ‭ESV‬‬)

Paul sums it up this way: “Do not be conformed to this world, but be transformed by the renewal of your mind, that by testing you may discern what is the will of God, what is good and acceptable and perfect.” (‭‭Romans‬ ‭12:2‬ ‭ESV‬‬)

Jesus highlights the fact that the disciples, those standing next to him as he prays (and by implication, those of us who have followed in their footsteps), are not “of the world” and the world hates them because of it. When he says they are not of the world we can easily determine which of the three ways that word “world” is used and apply it here. He is obviously not referencing the created order or the people who constitute the created order because the disciples are clearly a part of both of those realms. But as John clearly states in the verses quoted above, we are not to “love the world” and that includes the desires of the flesh, the desires of the eyes and the pride of life.

The Desires of the Flesh: This one is certainly not hard to understand, especially given our modern culture’s obsession with it. I grew up during the sixties and seventies and am very familiar with the mantra of the sexual revolution, free love. What was revolutionary back then has become quite common place today. Today’s version, Love is Love. Sexual freedom drives much of the world’s biggest conflicts with and rejection of traditional biblical beliefs and values. However, the desires of the flesh are certainly not limited to sexuality but includes gender identity and several other desires. We also see conflict with other fleshly appetites like food. We live in a culture obsessed with food and food consumption. Why else would you find entire forms of entertainment, news and commerce built on the food preparation and consumption industry.

The Desires of the Eyes: At first glance, this sinful desire can be often overlooked (pun intended). We have become obsessed with beauty and physique. Some may see this as easily bleeding over into sexual desire, but not really. It actually corrupts healthy, God-given, child bearing, marriage honoring sexuality. We see this sinful desire of the eyes in pornography, body dysmorphic syndrome, the obsession with maintaining a youthful appearance and elective plastic surgery, as well as other sinful struggles driven by what we see.

The Pride of Life: This is often seen in our desire to impress others with our possessions or achievements. Sinful pride is never really just about possessing or achieving something but is always about comparing ourselves with others. When we begin to make comparisons, we elevate ourselves above them. We consider ourselves better or more worthy of love, recognition and honor. Sinful pride never just elevates ourselves but always denigrates others. 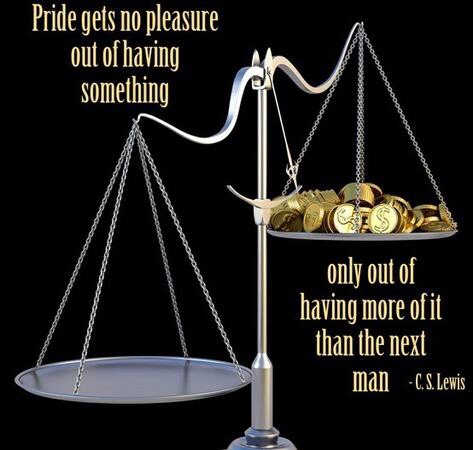 To be honest, I’ve barely scratched the surface. But, all of these things are in direct opposition to God’s desires for us and His expectations of us. Jesus specifically says “I have given them your word, and the world has hated them because they are not of the world.” When we reject the world’s authority to define and control our desires, our personal choices and, ultimately, our spiritual destination then we become their enemy. Why? Why would our choices in these areas cause us to be their enemy? Because our choices, our actions and beliefs declare that their choices, their actions and beliefs are wrong and rejected by God as sin. Some might say that they simply don’t care what we choose because they don’t even believe in God, but that’s obviously not true based on their response. I believe that’s because deep down, they know the truth, the truth about God and His desire for their lives. (see Rom. 1:21-32, pay attention to verse 32)

This Christian view of human desire is in direct contrast to the world’s view and this often results in conflict. Now, to be fair and honest, there are times when the world has had a better grasp on truth and reality than we have. For example, God created this world and then made us stewards over it. Being a steward doesn’t give us absolute authority to use and abuse God’s creation in any way we see fit. It means we should care for and use the creation as God would. It doesn’t matter whether you think global warming is junk science or not, we’ve been given this responsibility and we’ve obviously abused it in several ways. In fact, Paul says…

“For I consider that the sufferings of this present time are not worth comparing with the glory that is to be revealed to us. For the creation waits with eager longing for the revealing of the sons of God. For the creation was subjected to futility, not willingly, but because of him who subjected it, in hope that the creation itself will be set free from its bondage to corruption and obtain the freedom of the glory of the children of God. For we know that the whole creation has been groaning together in the pains of childbirth until now. And not only the creation, but we ourselves, who have the firstfruits of the Spirit, groan inwardly as we wait eagerly for adoption as sons, the redemption of our bodies.” (‭‭Romans‬ ‭8:18-23‬ ‭ESV‬‬)

In conclusion, I want to briefly highlight three things Jesus requests from the Father for us. First, he doesn’t ask that we be taken out of the world but only that the Father keep us from the evil one. This statement is very, very similar to the one he makes in the model prayer (see Matt. 6:13) where he is teaching the disciples how to pray. We generally recite the prayer as “and lead us not into temptation, but deliver us from evil.” The word “temptation” is better translated as “testing or trial” and asks that God strengthen and deliver us through the testing and defeat evil. It is very much like Job’s story where God allows Job to be tested by Satan. Like Job, we want to know why God allows it? But also like Job, God’s response is His presence in the midst of the trial. Jesus’ prayer mirrors this idea and requests not that God remove us from the trial but that He keep us from falling prey to Satan’s evil intentions. My prayer for you is not that God will remove you from the trial but that He “keep” you in the midst of it.

Next, Jesus asks that the Father sanctify the disciples in the truth. To sanctify someone means to set them apart or consecrate them for a particular purpose. We generally associate this idea with an object, especially when it is for a special or specific purpose, but it is also used of people. For example, the priests who served in the Temple were sanctified for that particular task. In this context, Jesus is talking about how the disciples must be uniquely set apart from the world and completely committed to the truth of God’s Word. Notice how he states it, “sanctify them in the truth, your word is truth.” We are to be unique or separate from the world and completely and utterly committed to the truth of God’s Word. It is as if Jesus says “immerse them so completely in the truth of your Word that it penetrates every pore of their being and becomes a part of the very core of their existence.” We must be distinct but our distinction must be the very character and truth of God.

Finally, he says why we so desperately need both of these prayers answered… he’s sending us. He says, “Father, just as you sent me into the world, I’m sending them.” So, we are to be in the world but not immersed in its desires. We must be in our culture while remaining separated from its influence and enticements. How is that even possible? I’ll remind you that Paul says our thinking must be transformed (Rom. 12:1-2). We have to learn to think differently than those around us. They hear the whispers of Satan’s lies and they believe them, but we know better. We’ve been given a new heart and a renewed spirit. We have inside information as to how sin kills and destroys. Satan might appear as an angel of light to them, but we know his true character. Satan whispers the lies of sexual freedom, and our culture is more in bondage than ever before. He whispers the lie of wealth and possessions, and they sell themselves to get more while losing everything. That’s why we must remain separate in the truth but not separated from those in need of the truth. In the world, but not of it…