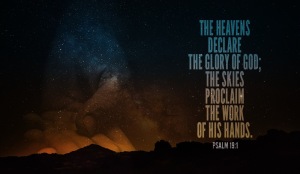 “Jesus said to him, “I am the way, and the truth, and the life. No one comes to the Father except through me. If you had known me, you would have known my Father also. From now on you do know him and have seen him.”” (John‬ ‭14:6-7‬ ‭ESV‬‬)

Let me start by first affirming and encouraging you to embrace that final admonition, let’s all just get along. It is impossible to be a true follower of Jesus Christ and not desire peace and harmony among men. In fact, Jesus said… “Blessed are the peacemakers, for they shall be called sons of God.” (Matthew‬ ‭5:9‬ ‭ESV‬‬) The Apostle John echoes this same sentiment in his first letter… “Whoever says he is in the light and hates his brother is still in darkness. Whoever loves his brother abides in the light, and in him there is no cause for stumbling.” (‭‭1 John‬ ‭2:9-10‬ ‭ESV‬‬) So, even though I believe that Jesus is the one and only Son of God (John 3:16) I will faithfully defend your right to hold and practice different religious beliefs than those I hold. In fact, I believe that is one of the greatest aspects of our grand old republic (fade to Old Glory and National Anthem).

At first glance, the parable makes sense and we wrongly conclude that truth is relative and all religious paths must lead, ultimately, to the same place and same God. However, there is a glaring presupposition that is usually overlooked related to the elephant. There is an outside observer who has full knowledge of the truth who can inform us that this is truly an elephant and the blind men are describing what is only a limited view of reality. In other words, religions have a limited view of reality but human logic and reason stripped of religious blindness can see through and perceive truth. The real problem here is that truth must be logically coherent and consistent with reality or truth is irrelevant. For the blind men to describe the elephant as these various forms doesn’t make their perceived reality true because the elephant is still only an elephant.

There’s an additional assumption in the parable that is also completely missed and, believe it or not, is clearly addressed in our Biblical text and I want to spend the rest of our time considering it and its implications. In our parable of the elephant, the creature is completely passive and simply stands there silently as the blind men probe and poke in their attempts to discover the truth of the elephant’s existence. Nice parable, but not an accurate portrayal of reality. For God to be truly known and even, somewhat, understood by man then God must take steps to reveal Himself to man. This is also where science and our human senses fail us, too. If God is capable of creating matter, time, space and all that exists then He cannot be bound by any of those things. In other words, God is beyond our ability to perceive and comprehend in a physical way without revelation.

In our passage this morning, Jesus gives us a clear insight into God’s revelation of His true character. Notice what he says, “If you had known me, you would have known my Father also.” To know me is to know my Father. So, our greatest and clearest example of God’s character is seen in Jesus. That’s why he can say “I am the way, and the truth, and the life. No one comes to the Father except through me.” You’ll notice I said, greatest and clearest example because God has revealed Himself in other ways. For example…

“The heavens declare the glory of God, and the sky above proclaims his handiwork. Day to day pours out speech, and night to night reveals knowledge… Their voice goes out through all the earth, and their words to the end of the world.” Psalms‬ ‭19:1-2, 4a‬ ‭ESV‬‬)

“For what can be known about God is plain to them, because God has shown it to them. For his invisible attributes, namely, his eternal power and divine nature, have been clearly perceived, ever since the creation of the world, in the things that have been made. So they are without excuse.” (Romans‬ ‭1:19-20‬ ‭ESV‬‬)

Finally, the other great revelation that Jesus gives us is wrapped up in that unique and intimate term he alone uses for God… Father. All other religious faiths understand and perceive God as something or someone other than a loving Father. The prominent Eastern religions perceive God as an impersonal power or force. Islam perceives God as being unknowable except through the Qur’an. In other words, you can know about Him but you cannot know Him in a personal way. Even though we share religious roots with our Jewish brothers, they do not really know Jehovah God as loving Father but only as LORD.

So, Jesus is THE only way to God simply because all other ways are attempts at impressing God with our devotion or morality. But our devotion and/or morality are simply egotistical attempts at winning God’s favor. But notice where the responsibility lies in this passage with ensuring the disciples future in God’s kingdom… “I AM the way.” It isn’t the eight fold path of Buddhism, the Dharma of Hinduism, the devotion and surrender of Islam, or even obedience to the law of the Old Testament. He is THE way to God because the way to God is a person and not a performance. If the way to God was performance based, we would all fail.

Jesus is also the TRUTH about God and about reality. In the verses I quoted above, scripture says all men know something of God because He has revealed Himself in His creation. But, there’s only enough of God’s character revealed to make us want to know more. In fact, we all readily recognize that there’s something dramatically wrong with life. Even those who deny the truth of God’s existence, acknowledge the fact of our broken world. Life, as we know it, is not life as it should be. Something’s missing or desperately wrong. Jesus tells us the truth about reality, life is broken because of our rebellion, our sin, against God. If we could fix it, we would. In fact, we keep trying to fix it but because we are the problem we always fail and that brings us to our conclusion…

Jesus is the LIFE for all mankind. Ultimately, the reason that Jesus Christ is the exclusive answer to man’s search for God is that He is the very expression of God. He IS life. He is the ONLY answer because He’s the only one who could answer the problem. We didn’t need a greater moral code, or Buddhism and Judaism would suffice. We didn’t need greater dedication or commitment or Islam would be our answer. We didn’t need another religious, political, cultural or social solution or we would have found one, by now. What we needed was someone who could “breathe life” into our dying selves.

The very one who created life has come to give his life to restore ours to its intended purpose… to walk with God. To know Him. To love Him. To delight in Him. To live with Him. Listen to Jesus’ words: “And if I go and prepare a place for you, I will come again and will take you to myself, that where I am you may be also.” (John‬ ‭14:3‬ ‭ESV‬‬) He’s not taking us to a place where we sit around and play a harp on a cloud forever. He’s taking us TO HIMSELF! That where I AM you MAY BE! Why is He the only WAY to God? Because HE IS God!

So, just for a second, let’s return to our parable. Jesus isn’t one of the blind men groping in a limited way to know, understand and relate God to us in some way we can understand. He hasn’t grasped a piece of God and is faithfully relating what he has learned. In fact, he isn’t even the one who can clearly see that it’s an elephant and can describe it to us. He IS the elephant (God) and he is telling us all about himself. There’s only one who can truly know, understand and relate God to man and that IS God Himself. I AM the way, the truth and the life. You can’t come to the Father except through the Son.

One thought on “Why Jesus is THE Only Way…”