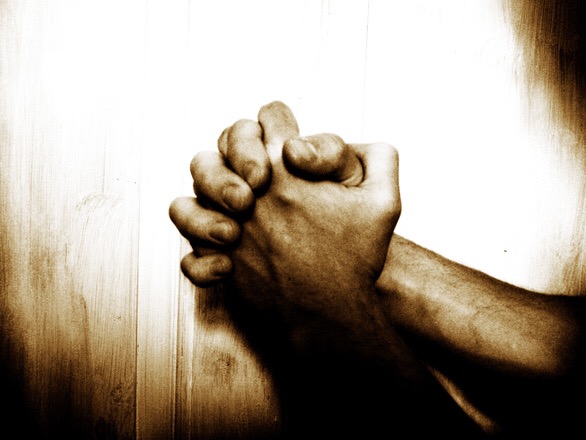 “Then Jesus, deeply moved again, came to the tomb. It was a cave, and a stone lay against it. Jesus said, “Take away the stone.” Martha, the sister of the dead man, said to him, “Lord, by this time there will be an odor, for he has been dead four days.” Jesus said to her, “Did I not tell you that if you believed you would see the glory of God?” So they took away the stone. And Jesus lifted up his eyes and said, “Father, I thank you that you have heard me. I knew that you always hear me, but I said this on account of the people standing around, that they may believe that you sent me.” When he had said these things, he cried out with a loud voice, “Lazarus, come out.” The man who had died came out, his hands and feet bound with linen strips, and his face wrapped with a cloth. Jesus said to them, “Unbind him, and let him go.”” (John‬ ‭11:38-44‬ ‭ESV‬‬)

Will Jesus Respond to Our Fears?

Four days have passed since Lazarus’ death and Jewish belief held that the spirit left the body after three days. In the sister’s eyes this had become a hopeless situation. Their brother was hopelessly dead and even their belief in Jesus as the Messiah, the promised Son of God, could not change that fact. Or, so they thought.

Remember, this was intentional – Jesus had waited so God’s glory would be displayed in Lazarus’ illness and death. Jesus had waited long enough to remove all human or physical explanations. Martha had previously expressed her faith, but when Jesus approached the tomb and demanded they remove the stone her faith wavered. He had told her, “I am the resurrection and the life. Whoever believes in me, though he die, yet shall he live, and everyone who lives and believes in me shall never die. Do you believe this?” (John‬ ‭11:25-26‬ ‭ESV‬) Martha had responded, “Yes, Lord. I believe you are the Christ (Messiah), the Son of God…”

But, when Jesus demands that they remove the stone sealing the tomb Martha balks. Moments before Jesus had declared He was “the Resurrection and the Life” and Martha had professed her faith in His claim. However, when it really came time to put her faith into action, she hesitated and expressed doubts. Sound familiar? Sounds a lot like us, doesn’t it?

Lord, I believe. I trust you. I will be obedient and faithful.

Oops, I’m sorry. I really do believe and trust you. Forgive me.

Jesus brought Martha, Mary and even Lazarus to this point in their faith so that they could learn an important and essential lesson. You MUST learn to trust me even when it goes against everything you think possible. He wanted them to understand that the only possibility in addressing Lazarus’ death is their faith in God.

Martha, the practical one, the very one who had declared her belief, “I know God will give you whatever you ask”, responds: don’t take away the stone, he stinks by now. Our doubts and fears often cause us to question God’s ability or His response to our condition/suffering. But Jesus responds, “Didn’t I tell you that if you believed you would see the glory of God?”

“And without faith it is impossible to please him, for whoever would draw near to God must believe that he exists and that he rewards those who seek him.” (Hebrews‬ ‭11:6‬ ‭ESV)
Jesus Prays for Our Fears:

When we feel overwhelmed with life circumstances, “Likewise the Spirit helps us in our weakness. For we do not know what to pray for as we ought, but the Spirit himself intercedes for us with groanings too deep for words. And he who searches hearts knows what is the mind of the Spirit, because the Spirit intercedes for the saints according to the will of God.” (Romans‬ ‭8:26-27‬ ‭ESV‬)

“I knew you always hear me, but I said this so that those standing here may believe that you sent me…” Here is the focus of this entire story, those standing here may hear, see, and believe. Don’t miss this. It is the most important part of the story. In fact, I would bet that you thought the focus of this entire story and the source of glory that Jesus has been referencing is the resurrection of Lazarus. Right?

If so, you were WRONG!

Now don’t be disheartened. I didn’t get it, at first, either. I kept thinking that the source of glory MUST be the miraculous resurrection of Lazarus. But, that would be shortsighted. The source of glory is not the miracle itself but the faith elicited from Mary, Martha and Lazarus following the miracle. In other words, God is not glorified by His own response to Lazarus’ death but by the sister’s response of faith and trust.
A Powerful Response to Fear:

So, the focal event of the entire story is our faith response to the power and authority of Jesus. Lazarus’ circumstances were meant exclusively for God’s glory. The question we must answer: Are willing to let our deepest fears, our personal struggles become a source of glory for God? Are we willing to learn to trust God in the midst of our personal nightmares?

Finally, Jesus calls Lazarus out of the tomb. He tells them to remove the bindings, to loose him and let him go. Take off the grave clothes. He is no longer dead and must be set free from those bindings. When we live in the power and authority of the resurrection then we are not bound by the old, dead ways of seeing life’s challenges. We must begin to live in obedience, set free from the bindings of our fears.

It is only when we begin to live our lives in the realization that Jesus has authority over life and death that we will become instruments of God’s glory. When we begin to respond in faith, in absolute trust of God’s love and goodness to the challenging circumstances we face then God’s glory is revealed. When we shed the bindings of death and begin to live our lives in the power, truth, and reality of the resurrection then God’s glory will be truly displayed in our lives.