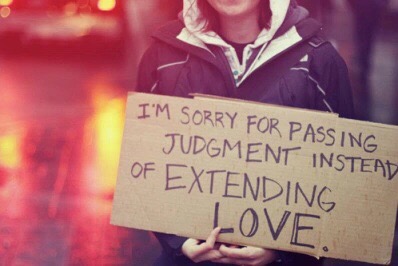 “Do not judge by appearances, but judge with right judgment.” Some of the people of Jerusalem therefore said, “Is not this the man whom they seek to kill? And here he is, speaking openly, and they say nothing to him! Can it be that the authorities really know that this is the Christ? But we know where this man comes from, and when the Christ appears, no one will know where he comes from.” So Jesus proclaimed, as he taught in the temple, “You know me, and you know where I come from. But I have not come of my own accord. He who sent me is true, and him you do not know. I know him, for I come from him, and he sent me.” So they were seeking to arrest him, but no one laid a hand on him, because his hour had not yet come. Yet many of the people believed in him. They said, “When the Christ appears, will he do more signs than this man has done?”” (John‬ ‭7:24-31‬ ‭ESV‬‬)
Unjust judgment…

This passage begins with a crucial principle of understanding. When you judge, don’t use just your eyes. Don’t judge on appearances, but judge right. Judge justly. We base judgment on what we see, understand and feel. We tend to judge others on those things we can observe with our senses and how they impact our emotions. What we see and how it makes us feel. But, this can, and usually does, result in an inaccurate or unjust judgment.

Now, we know this principle of truth. In fact, we often caution others about judging a person just on looks. We tell them, “beauty is only skin deep.” Or, “don’t judge a man by the color of his skin.” Judging just by what we see, feel or understand implies we have perfect insight just through our human senses or emotions. However, our senses are often tricked and our emotions are, well, just plain fickle. Unreliable. Now, not only does this principle apply to unjustly judging each other it also applies to unjustly judging what we see and know about God, and more specifically, Jesus…

So, what do these folks immediately do? Well, they start making judgements based on what they see, understand and feel about the expected Messiah. Some of these folks, perhaps some who know of his small town origins, wondered if he could really be the Christ/Messiah. They looked at him, his lack of education, his rural origins, and they questioned whether the Messiah could come from such a background. “How can the Messiah come from Galilee? That’s such a backwards place. Nobody of any importance comes from Galilee.” Do you remember Nathaniel’s question back in John chapter one when Philip suggested that Jesus was the promised Messiah Moses and the prophets spoke of, “Can anything good come out of Nazareth?”

In other words, this can’t be the Son of God. He isn’t anything like I expected. He doesn’t look or act anything like I thought a Messiah would. These people had developed an entire non-Biblical “job description” of expectations and Jesus didn’t meet them. They had even decided that the Messiah would somehow mysteriously appear on the scene out of nowhere. How often do we reject something or someone because they don’t meet our expectations? Don’t we do the same to God?
Real Qualifications…

So, what should we look for? What evidence or qualities indicate that someone is from or speaks on behalf of God?

First, his miracles pointed to a source of power beyond human capacity or comprehension (6:14). Even his brothers, who didn’t yet believe he was the Messiah, were amazed at his miracles (v. 3). Nobody could do these things unless God was with him (3:2).

Second, his teaching revealed a wisdom, understanding and authority that was beyond his education and background. Not only did the common people marvel at his teaching even the scribes and priests, who had spent their entire lives studying the scriptures, were amazed at his teaching (v. 15).

Third, his life is focused on obeying, pleasing and doing God’s will and not on himself (v. 18). This is, in my opinion, one of the strongest arguments for Jesus’ claim of being the Son of God. There has never been anyone like him. His life, his teaching, his purpose, his focus, his actions all pointed others towards God and never himself. He was selfless not selfish. He was giving and gracious, not self-gratifying. He was sacrificial, not stingy. Even those who deny his deity cannot deny his uniqueness. There simply has never been anyone else like him.

Notice what he says about His relationship with God:

* John 6:45: “Everyone who has heard and learned from the Father comes to me.”

Wait, is it possible to know Jesus and NOT know God?

Every other major religion in the world has an “elevated” view of Jesus:

Jews believe Jesus was Mary’s son, was a teacher (Rabbi), had many disciples, was respected, performed miracles, claimed to be the Messiah and was crucified on the cross. They also acknowledge His disciples reported Jesus was raised from the dead.

Muslims believe Jesus was born of a virgin, is to be revered and respected, was a prophet, a wise teacher who worked miracles, ascended to heaven, and will come again.

Bahá’í believe Jesus came from God, was a wise teacher who had a divine and human nature, worked miracles, and was crucified and resurrected as an atonement for humanity.

Hindus believe Jesus was a holy man, a wise teacher, and is a ‘god’.

Buddhists believe Jesus was an enlightened man and a wise teacher.

But notice, while they see him as a great man, wise teacher, prophet, miracle worker, and even one god among many, none of them see him for who he claimed to be, the very Son of God. God incarnate. The most high God in the flesh. So, what he tells the Jews at the feast, he tells the world. You can know of me, you can know about me, you can even marvel at me, my words and my miracles. But, unless you believe me, trust me, and truly desire to do God’s will you will never know God.

Let me end with a question… are you willing to meet God on his terms? There are many who balk at the church’s exclusive claims regarding Christ. But what they miss is that these are not the church’s claims, they are Christ’s. “Jesus said to him, “I am the way, and the truth, and the life. No one comes to the Father except through me.” ‭‭John‬ ‭14:6‬ ‭ESV‬‬