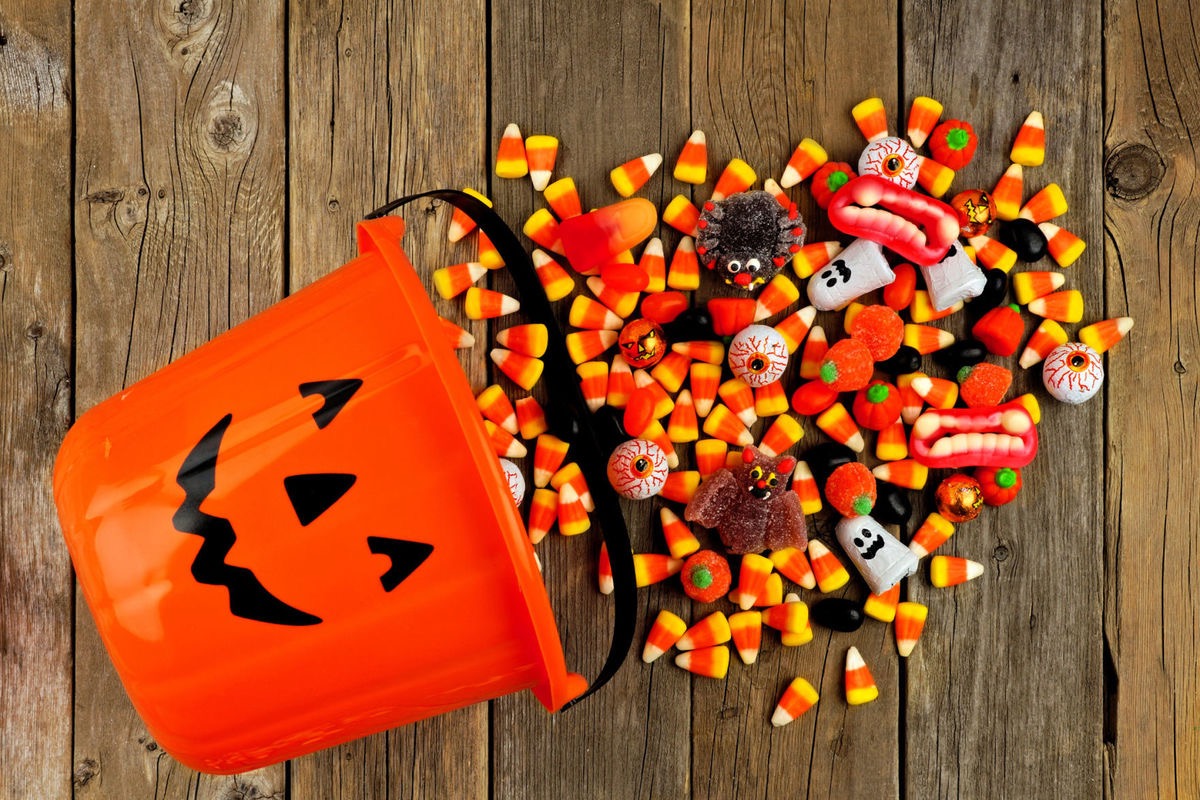 “After this there was a feast of the Jews, and Jesus went up to Jerusalem. Now there is in Jerusalem by the Sheep Gate a pool, in Aramaic called Bethesda, which has five roofed colonnades. In these lay a multitude of invalids—blind, lame, and paralyzed… One man was there who had been an invalid for thirty-eight years. When Jesus saw him lying there and knew that he had already been there a long time, he said to him, “Do you want to be healed?” The sick man answered him, “Sir, I have no one to put me into the pool when the water is stirred up, and while I am going another steps down before me.” Jesus said to him, “Get up, take up your bed, and walk.” And at once the man was healed, and he took up his bed and walked. Now that day was the Sabbath. So the Jews said to the man who had been healed, “It is the Sabbath, and it is not lawful for you to take up your bed.” But he answered them, “The man who healed me, that man said to me, ‘Take up your bed, and walk.’ ” They asked him, “Who is the man who said to you, ‘Take up your bed and walk’?” Now the man who had been healed did not know who it was, for Jesus had withdrawn, as there was a crowd in the place. Afterward Jesus found him in the temple and said to him, “See, you are well! Sin no more, that nothing worse may happen to you.” The man went away and told the Jews that it was Jesus who had healed him. And this was why the Jews were persecuting Jesus, because he was doing these things on the Sabbath. But Jesus answered them, “My Father is working until now, and I am working.”” (John‬ ‭5:1-3, 5-17‬ ‭ESV‬‬) http://bible.com/59/jhn.5.1-3,5-17.esv

First, just a little background to this text and a few interesting issues. If you are using a modern translation, like the NIV, ESV, New American Standard, Holman Christian or such, you will notice that verse 4 is missing. All of these translations note that verse 4 is not in the oldest manuscripts we have of this text. The KJV was translated in 1611 and since that time we have discovered many, many physical older copies of the biblical texts which have allowed us identify verses like this one. This verse likely started as a scribe’s note to help explain the verses that follow. It likely was very much like you might write a note in your bible regarding some insight or understanding that someone provided. In subsequent copies, someone stopped putting it in the margin and just inserted it with the text. Now, there’s absolutely nothing wrong with the note, it is likely stating something very true about the situation, but since it isn’t in the oldest texts we have then newer translations drop it and put a footnote.

Next, the gospel of John is the “youngest” of the four gospels and was written much later than the other three. In fact, we know it was written after Jerusalem had been destroyed by the Romans in 70 AD, probably around 90-92 AD while the others were written 10-15 years before Jerusalem’s destruction. The Apostle John was the only Apostle not martyred, but died an old man in exile. It appears that John was well aware of the other other gospels and wrote to answer questions or fill in what he felt was missing from the others. Why is this important to the text? Notice how John relates the story to the pool and its description and specific location. I think this is because of Jerusalem’s destruction and the loss of that information or location. For centuries, the existence of this pool was questioned by some scholars because there was no evidence of its existence. But a pool matching John’s description has been uncovered and is still being excavated. Why do I note this? Because it strengthens the evidence for the accuracy and truthfulness of the gospels and, hopefully, will some who have doubts to check it out.
Divine Knowledge:

Now, let’s look at the miracle and this man’s encounter with Jesus. Jesus seems to have focused on going to this location knowing who and what he would find there. He found a large number of people seeking a cure for their conditions in the pool. Jesus’ encounter with this man is not accidental but very intentional. How do I know that? Notice that upon healing the man, Jesus quickly and quietly slips away before anyone in the crowd can take notice or the man can ask questions. Then later in the story, the man is asked why he’s carrying his bed and he tells them that “the man” who healed me told me to. Who was that man? I don’t know. Then Jesus finds him and continues what he started, dealing with the real need the man had.

Not only did Jesus have knowledge of this man’s condition, he had deeper knowledge of his response to the healing. What do I mean by that? Jesus miracles were NEVER without purpose. If Jesus had wanted to WOW the people with his AWESOME POWER then he would not have healed one man and slipped away unnoticed. If healing people was all about their physical needs, then he could have spoken healing upon everyone at the pool without ever going to Jerusalem, just like he had for the official’s son in last weeks’ story. If the healing was intended to bring attention to Jesus power and authority, then he would not have healed only one and slipped away unnoticed. In fact, he appears to intentionally avoid drawing attention to himself and his healing power.

His healing miracles are never about the physical needs or limitations of the one healed. They are always about the glory of God and the very real, deeper, eternal needs of those individuals. Jesus knew this man was ready to abandon everything and love God more than life itself. His healing was God’s knock on the door.
Divine Compassion:

I’m going to challenge you for a moment about an idea that I suspect may be brewing in your head. If God loves us so much, then why didn’t Jesus heal everyone at the pool? Why only the one? Or better yet, why not me? Why doesn’t God heal me, or someone I love? If God really is a God of unfathomable love and compassion, then why would he quietly slip away and leave most of the folks waiting around that pool untouched by his compassion, hurting?

First, there’s no easy answer for that question. That’s not to say there isn’t an answer, but that we may not have the capacity to know, understand or receive the answer. Life is extremely complex and even things we don’t see or consider are interrelated. So, don’t pretend to think you know everything about a need or situation. Even your own. Don’t try and play God.

That’s what the heart of Job’s story is about. If you’ve never read it, do so in a modern easy reading translation, like the New Living Translation. The central theme of that story is the struggle of Job in dealing with his drastic change in fortune. The accuser (the meaning of the name – Satan) tells God that Job only loves and obeys him because of the blessings God gives to Job. The story of Job doesn’t end with Job getting an answer to his questions, it ends with a life changing encounter that leaves him trusting God’s knowledge, grace, love and presence.

Next, we must learn to trust God for what we truly need. Jesus’ ultimate purpose in this story is not about healing this man’s crippling disease, but in healing his heart and putting him on the path to holiness. Jesus knows that our tendency is to pursue physical, empty, meaningless desires and miss the really important aspects of life. (Kids trick or treating) How many of you parents will give your kids all of the candy they want tonight or tomorrow night? We recognize that what they desire is not really what’s best for them. A few pieces tonight, a few tomorrow night. We will control their desires with reasonable limits and our goal is not to deny them a treat, but to keep them healthy physically and mentally.

““Don’t waste what is holy on people who are unholy. Don’t throw your pearls to pigs! They will trample the pearls, then turn and attack you. “Keep on asking, and you will receive what you ask for. Keep on seeking, and you will find. Keep on knocking, and the door will be opened to you. For everyone who asks, receives. Everyone who seeks, finds. And to everyone who knocks, the door will be opened. “You parents—if your children ask for a loaf of bread, do you give them a stone instead? Or if they ask for a fish, do you give them a snake? Of course not! So if you sinful people know how to give good gifts to your children, how much more will your heavenly Father give good gifts to those who ask him.” ‭‭(Matthew‬ ‭7:6-11‬ ‭NLT‬‬) http://bible.com/116/mat.7.6-11.nlt
Divine Power:

Jesus’ knowledge of us is complete, his compassion for us is great, and his power over us is limitless. John shows us Jesus’ power and authority over disease, destruction and death but, most especially, over sin. It is easy to see the focus of this story when you remember that Jesus slipped away unnoticed and unknown by the man who was healed, and then finds him later and addresses the real issue in this man’s life, sin. It is easy to read and misunderstand Jesus’ words here to the man.

Afterward Jesus found him in the temple and said to him, “See, you are well! Sin no more, that nothing worse may happen to you.”

At first glance, his statement “sin no more, that nothing worse may happen to you” could imply that the man’s sin had caused his crippled condition. While it is certainly true that, ultimately, all disease, destruction, death and even natural disasters are the direct result of man’s sinful rebellion against God, that is not the focus of Jesus’ words. The “something worse” that Jesus references is spiritual and not physical. What we need more than physical or mental healing is spiritual healing. We need a new heart!

The SOMETHING WORSE is eternal judgment for sin that has never been covered by the forgiving, cleansing blood of Jesus’ sacrifice. It is better to be despised, crippled, maimed, poor, lonely, hungry, or tired than to be eternally judged and separated from God. How about you? Are you willing to deny yourself something you deeply want or desire now to have something of much greater worth? Are you trampling on the pearls of infinite value that Jesus offers and settling for some temporary pleasure or desire?